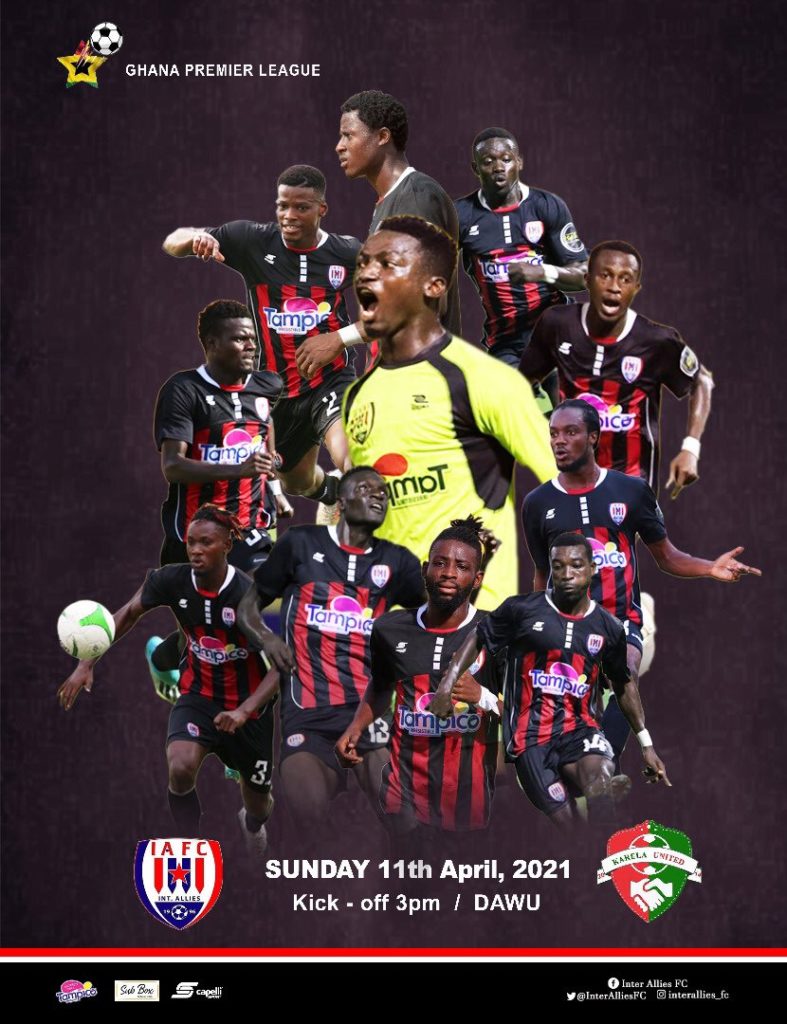 Ghana Premier League strugglers Inter Allies will welcome high-flying Karela United at the Dawu Park for the matchday 19 of the campaign.

The 'Eleven is to One' boys will be hoping to get their first win of the second round after switching from the Accra Sports Stadium to Dawu as their new home grounds.

Having picked a point at the same venue a week ago against Dreams FC, the original owners of Dawu, Felix Aboagye's boys are poised on escaping the drop after a poor first round.

Inter Allies strengthened their squad in the second transfer window with the signings of ex-Kotoko duo Richard Arthur and Emmanuel Agyemang Badu.

Arthur netted his debut goal for the club in the match against Dreams and a lot will be expected from him and center back Agyemang Badu if Allies are to survive.

Meanwhile, Karela United have exceeded expectations after finishing the first round top of the table, just relinquishing their position to Great Olympics after their 1-1 draw against Ashantigold last week.

However, the Anyinase boys have enough firepower to continue from where they left off, with top goal scorer Diawise Taylor and Kwame Boateng proving lethal upfront and Umar Bashiru the spine in midfield.

Inter Allies have lost just a game in their last five matches, with two ending up in victories.

Elmina Sharks have also lost just a game in their last five matches, but have won three of those with just a game ending in a draw.

Its a battle between a club fight for the title (Karela United) and a team striving for survival (Inter Allies).