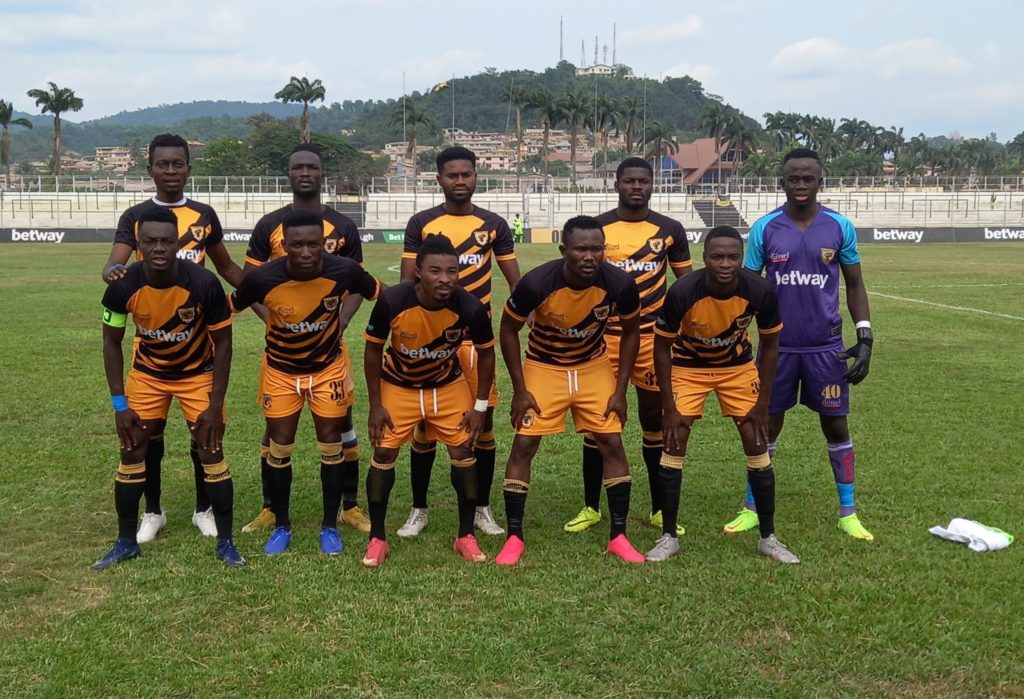 AshantiGold SC left it too late to beat Hearts of Oak 1-0 in a crunchy matchday 19 fixture at the Len Clay Stadium in Obuasi on Saturday.

The Miners needed a last minute penalty to end the Phobians six matches unbeaten run and handed a first defeat to coach Samuel Boadu since he took the over the job.

Romain Folz who was present at the AshantiGold dugout for the first time since taking over the coaching job made three alterations to the squad that played last week.

Frederick Ansah Botchway and Kojo Obeng Junior made way for Salifu Ibrahim who earned his very first start in the Rainbow colours and Isaac Mensah.

Benjamin Mensah was named between the sticks for the Phobians for the second time on the trot.

Hearts had the opportunity to go in front in the 17th minute of the game after Patrick Razak was brought inside the box resulting in a penalty.

Victor Aidoo's kick from the spot was saved by goalkeeper Kofi Mensah.

This is Mensah's second penalty save in a row after stopping Diawisie Taylor's kick last week against Karela United.

AshantiGold came close to opening the scoring as Gordon Kusi Brokelyn header missed the posts by a whisker from Amos Addai cross from the left in the 29th minute.

Aidoo with a free header in the 73rd minute to give the Rainbows the lead but his attempt was poor.

AshantiGold finally got the breakthrough to clinch all three points through captain Amos Addai who converted a penalty kick in the dying embers of the match.