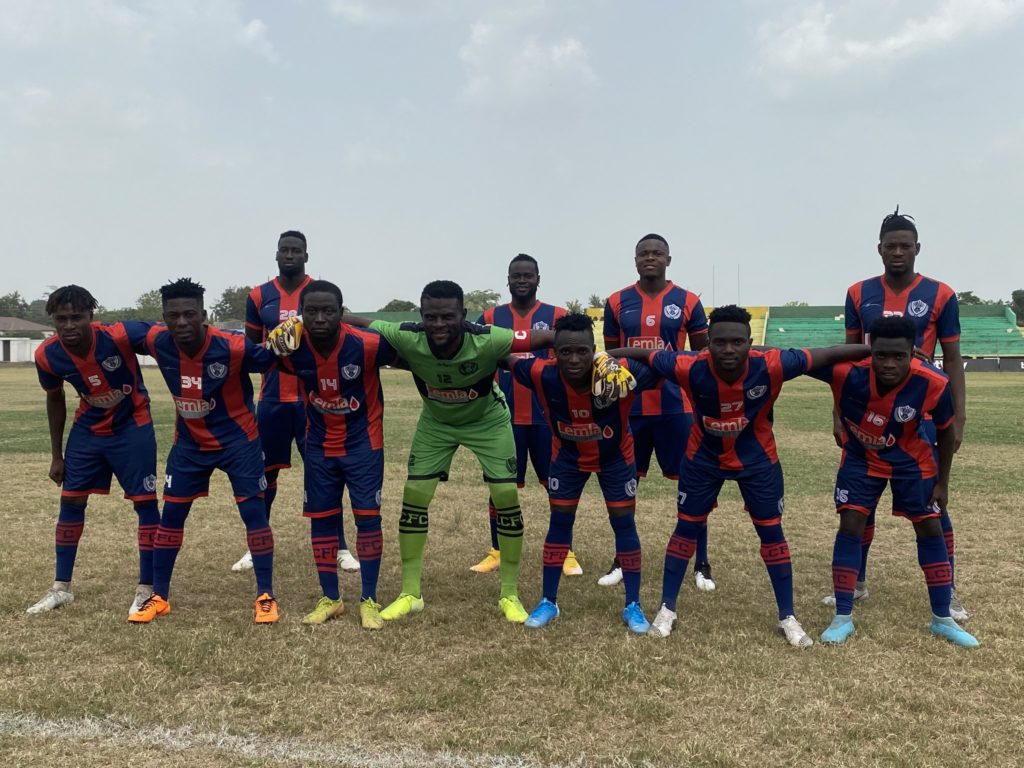 Legon Cities FC intensified their fight for survival in the Ghana Premier League with a resounding 2-0 victory over regional rivals Great Olympics in a crucial duel on Sunday.

Cities extend their points gap between them and the relegation zone to four with the vital win as Olympics lose the top spot to Asante Kotoko SC.

Great Olympics had only one change in their squad that beat Medeama SC 1-0 in the last league games in Accra.

Maxwell Abbey returned to the starting lineup in place of Joshua Rhule.

Cities waited until the 60th minute to open the scoring through substitute Mensah who headed home a corner from Adebayor.

The Royals completed their victory in the 71st minute after Jonah Attuquaye doubled the lead with a fine finish.

Olympics drop to the second place on the league standings one point behind their next opponents Asante Kotoko.