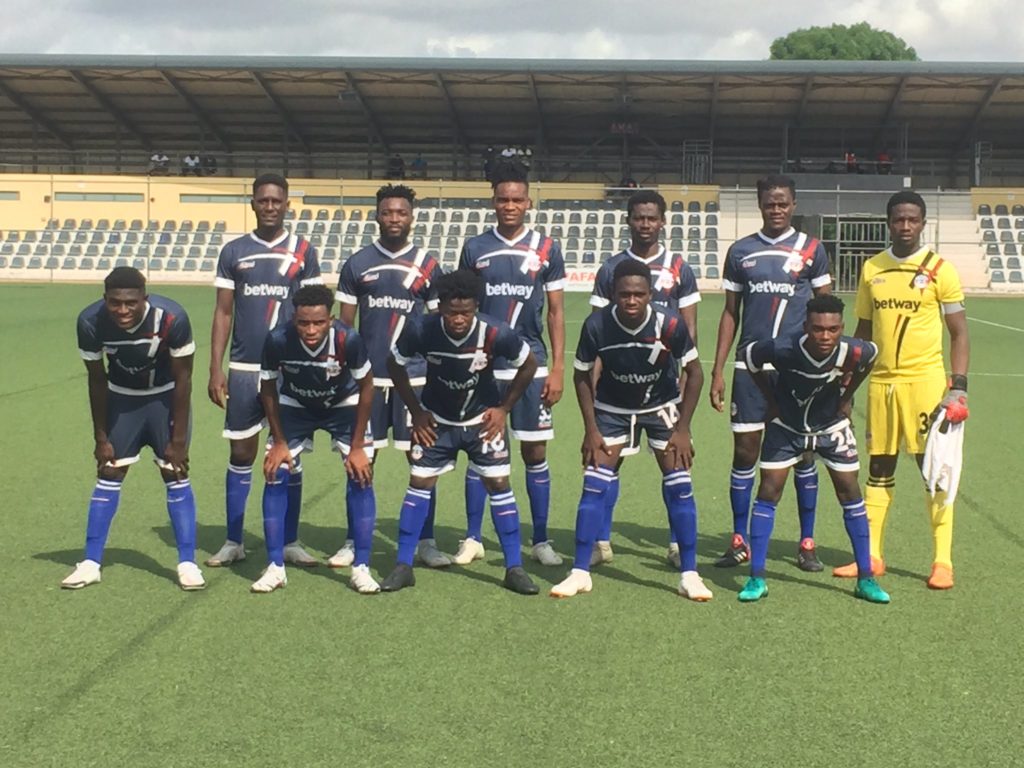 Liberty Professionals returned to winnings ways with a 4-0 win over Elmina Sharks at the WAFA Park in this matchday 19 fixture.

Liberty Professionals needed to respond after losing to Bechem United on matchday 18 at the Nana Fosu Gyabour Park as they continue to battle out of relegation.

Abraham Wayo with a glorious opportunity for the opener but his attempt is well saved by the Sharks keeper in the opening minutes of the game.

Paul Kwame scored the first goal of the game in the 36th minute for Liberty Professionals with a powerful header to see the home side take the lead.

Liberty went into the break with the lead through Paul Kwame's header.

In the second half Liberty's goal scorer Paul Kwame was replaced by George Amoako.

The Dansoman-based side who were playing away from home due to their license revoked by the Club Licensing Committee increased their lead through Simon Appiah in the 60th minute.

The Scientific Soccer lads dominated the game and were awarded a penalty in the 68th minute.

Kweku Karikari scored from the spot-kick to secure the win for Liberty Professionals.

Former Asante Kotoko forward William Opoku scored the fourth goal of the game just three minutes after coming on as a substitute.

Liberty Professionals is now tied up with King Faisal on 18 points after this win.