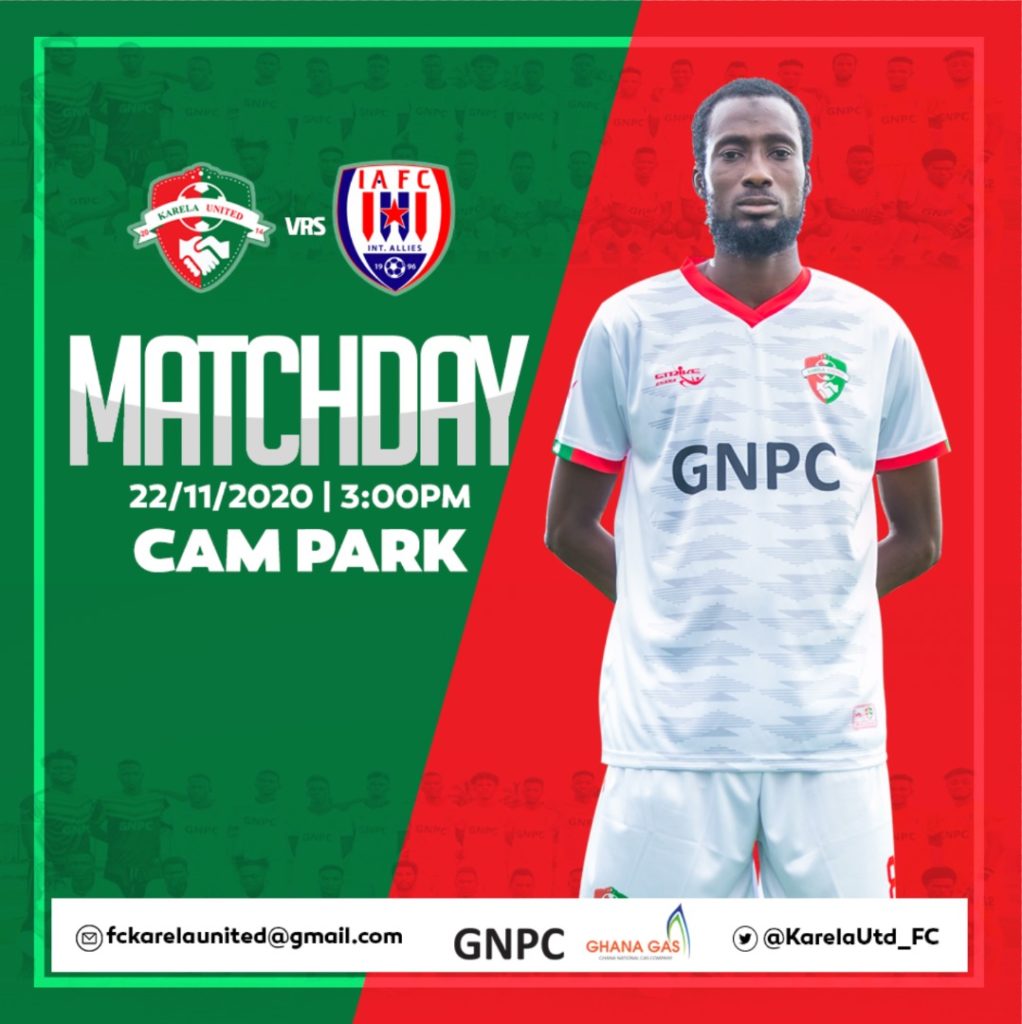 Karela United are back at Nzema-Aiyinase for their home matches and will play their first competitive match on the newly-constructed artificial pitch at the Crosby Awuah Memorial Park.

The club's sponsor GNPC has spruced up the venue but it came at a cost to the 'Passioners' who had to relocated to Tarkwa during the construction period.

An opening day 2-2 draw at AshantiGold should be a huge morale-booster going into the season and with lethal striker Diwiase Taylor in top form, the goals will surely flow.

Midfield gem, Umar Bashir, who joined this term after a calamitous stint with Kumasi Asante Kotoko has been a cornerstone so far. The former WAFA man was named Man of the Match in Obuasi and the reviews of his performance have been massive.

He has been a perfect replacement for Emmanuel Keyekeh who moved to Asante Kotoko.

But Karela can't be complacent. At the end of the first round, all home teams- with the exception of WAFA were held at home- a sign that this season's campaign will be neck-throat.

As usual, Inter Allies have lost some player to foreign clubs due to their transfer policy of shipping out young talents.

The league's Most Exciting Player in last term's suspended season, Victorien Adebayor-the Niger international- has been sold to a foreign club.

His partner Samuel Armah, with whom they scored a combined of 18 goals has been snapped up by an Albanian club. This will surely have a toll on the 'Eleven Is To One' charges.

In their opener, a barren draw with Dreams FC on Monday night, head coach Henrik Lehm said:  ''Well, it was another drawing, the Ghana premier league huh? I think the first half was an Eagle game. I think we created a few chances, but in the second half, I was not satisfied at all. You know, I think they created more chances than us and if there should have been a winner, it should have been them.''

Off the pitch, Inter Allies have signed partnership deal with Sub Box Restaurant and Café and the a one-year sponsorship with Tampico.