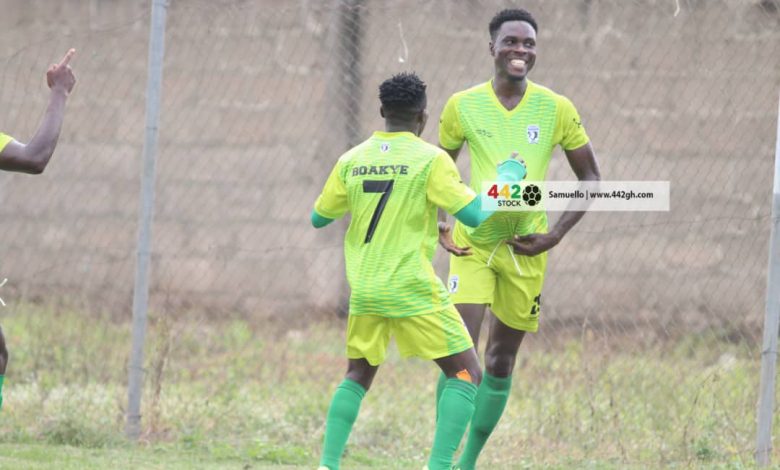 Bechem United claimed a 1-0 victory against WAFA in the Ghana Premier League on Saturday thanks to Hafiz Konkoni.

The attacker, who was named man of the match in Bechem United's opening 1-1 draw in Accra against Liberty Professionals, scored the only goal in the first half to ensure the Hunters made a winning start at home while condemning WAFA to their first defeat of the season.

WAFA, the only side to win on matchday one, came into the game hoping for a win to go top of the league. They did start well, with Daniel Lomotey and Forson Amankwah tormenting Bechem United's defence.

But Bechem settled and began to enjoy possession. They made their possession count in the 28th minute when Konkoni headed home from close range after a fine cross from the left flank by Steven Owusu.

Buoyed by the goal, Bechem pushed forward for the second but WAFA defended well till halftime.

The Academy Boys returned from the break determined to get on level terms. They piled the pressure on Bechem but couldn't find the goal.

Forson Amankwah wasted a decent opportunity in the early stages as he sent a free kick at the edge of the box wide.

Bechem also did not sit back the whole half as they threatened Wafa defence a couple of times.

Bechem find themselves in third position while WAFA are fourth but both teams positions could change at the end of matchday 2.