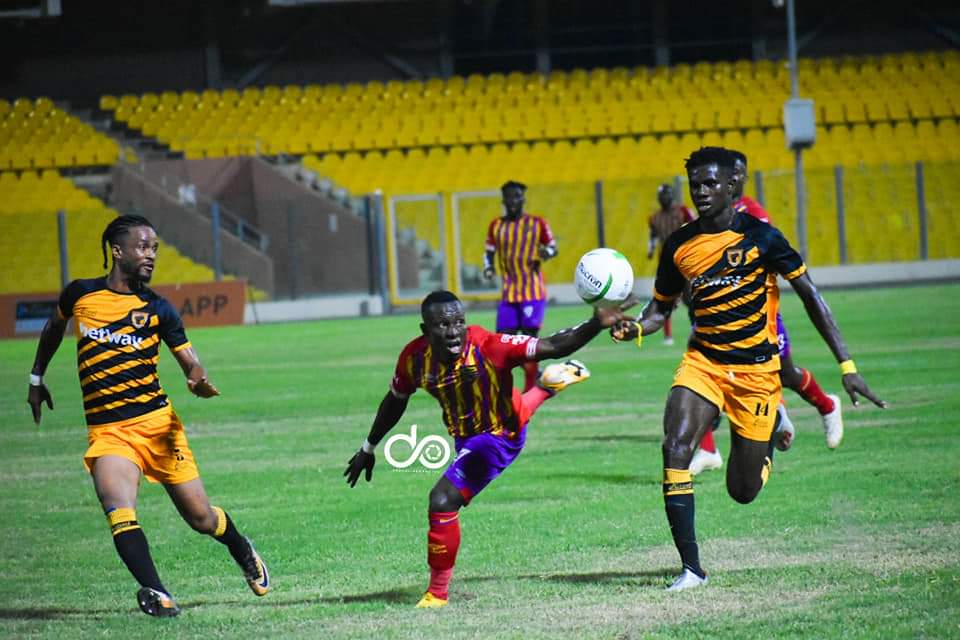 Hearts of Oak were held by AshantiGold SC at the Accra Sports stadium as they opened their season with a 2-2 draw on Tuesday.

The Miners came from behind twice to earn the vital away point in the capital.

The Rainbow boys got punished for squandering most of the scoring opportunities that came their way.

Ibrahim Larry Sumaila was preferred to captain Abdul Fatawu Mohammed at the right-back position for the Phobians.

Nigerien international Abdoulrahmane Mamane Lawali was introduced in the second half to make his debut for the Phobians.

AshantiGold trainer Milovan Cirkovic made seven changes to his squad in the opening fixture against Karela United.

Michael Enu and Yaw Annor were handed their very first starts of the season in the Gold and Black colours.

AshantiGold with early incursions of the game came close but Richard Attah saved Annor's attempt deny them the opener in the 10th minute.

The Phobians got their noses in front in the 32nd minute after Obeng Jnr. slotted home taking an advantage of a mistake by the AshantiGold defence.

The visitors drew level in the 56th minute through Hans Kwofie who connected a pass from Annor following a counter attack.

Obeng Jnr. got his second goal of the night to put the Phobians ahead after heading home a brilliant cross from Razak with ten minutes to full-time.

Kwofie also got his second of the night and third of the season as he levelled in the dying minutes for the Miners as headed in a cross from substitute Amos Kofi Nkrumah.

AshantiGold will host Burkina Faso side Salitas FC in the CAF Confederation Cup on Sunday at the Len Clay stadium.

Hearts of Oak will tackle Inter Allies FC in a regional derby at the Accra Sports stadium.