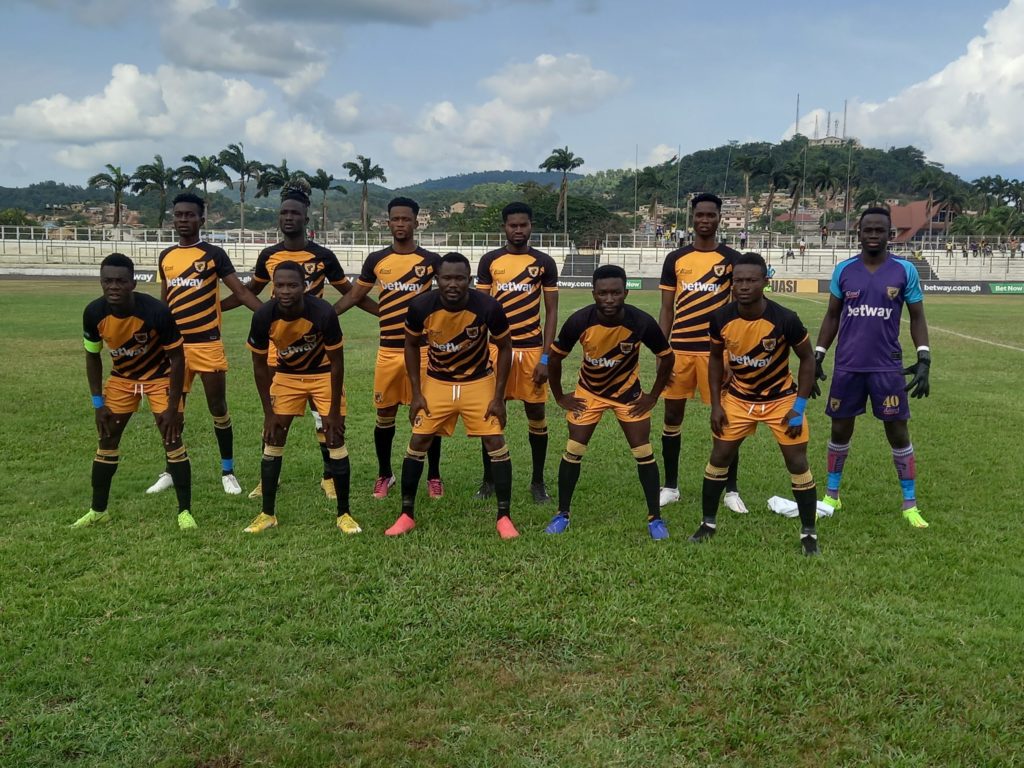 AshantiGold SC recorded a resounding 4-0 victory over Bechem United at the Len Clay Stadium on Sunday in the Ghana Premier League.

The win takes the Miners' undefeated streak in the second half of the season to four matches having two home wins and two away draws in the process.

AshantiGold head coach Romain Folz made two alterations to the side that drew 0-0 with King Faisal Babes last week in Techiman.

Mohammed was man of the match in his last game before getting injured.

Bechem had only one change in their team that thrashed Aduana Stars 4-0 last week made by coach Kasim Ocansey Mingle.

AshantiGold with the first attempt on target just two minutes into the game as Yaw Annor couldn't beat goalkeeper Daniel Afadzwu on a one-on-one situation.

Annor got the breakthrough for the hosts in the 11th minute after captain Amos Addai had beaten goalkeeper Afadzwu leaving an empty net.

Addai doubled the lead from the spot four minutes later after he was brought down inside the box by defender Sampson Adjei Adjetey.

Seth Osei increased the advantage on the stroke of halftime with a fine finish after Addai had struck the woodwork with the a powerful drive.

Bechem centre back Charles Amponsah Bosompem was sent off in the 58th minute after being cautioned for the second time in the game.

David Abagna Sandan climbed off the bench to complete the victory in the 84th minute of the encounter with a beautiful curling shot.

The Gold and Black outfit will travel to Cape Coast to face Elmina Sharks FC in their next match whereas the Hunters host Inter Allies FC.