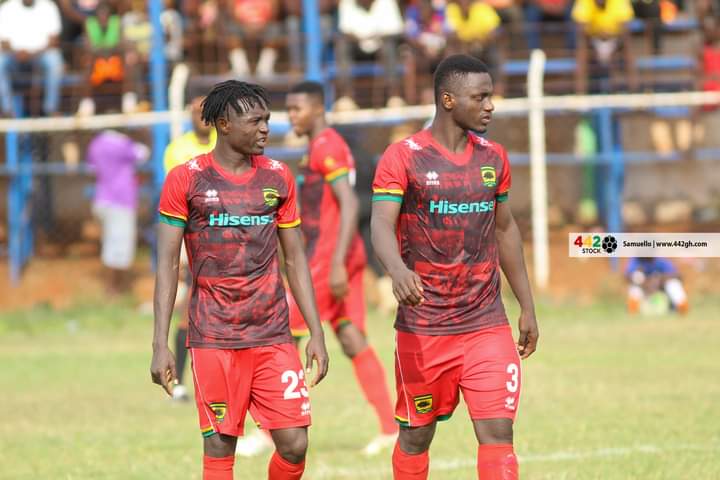 Asante Kotoko SC will be eyeing the top spot of the Ghana Premier League when they host Dreams FC at the Len Clay Stadium in Obuasi on Saturday in round 23 fixture.

It was a bounce back for Asante Kotoko as they lost their last home game to Medeama SC with 2-1 defeat.

The Porcupines have won two and lost once in three matches in Obuasi since moving their home ground from the Accra Sports Stadium.

The Reds have suffered only one loss in the premiership since the arrival of Portuguese trainer Mariano Barreto Jeronimo after five games.

Asante Kotoko are just a point behind leaders Medeama on the league standings and a win on Saturday will take them straight to the apex of the log.

Barreto can boast of an almost a fully strength squad available for selection to face Dreams with the return of midfielder Emmanuel Keyekeh to full fitness.

Osman Ibrahim remains the only absentee as he continues to nurse an injury he is carrying.

Dreams will be traveling to Obuasi for the crunchy fixture with growing confidence as they beat giants Hearts of Oak in their last game last week in Dawu.

The 2-0 victory against the Phobians see the Believers go three matches undefeated managing two wins and drawing once.

Dreams are currently sitting at the 5th position with 34 points from the 22 matches.

They are five points behind leaders Medeama, four points behind Asante Kotoko and three points adrift of 3rd place occupied by Great Olympics.

Dreams have recorded only one victory over Asante Kotoko in five attempts since joining the Ghana Premier League in 2016.

They beat the Ghanaian giants 1-0 in 2018 and have lost all of the other four matches with a 1-0 scoreline in each of them.

Serbian trainer Vladislav Viric will have a full squad at his disposal on Sunday for the crucial encounter with Asante Kotoko.