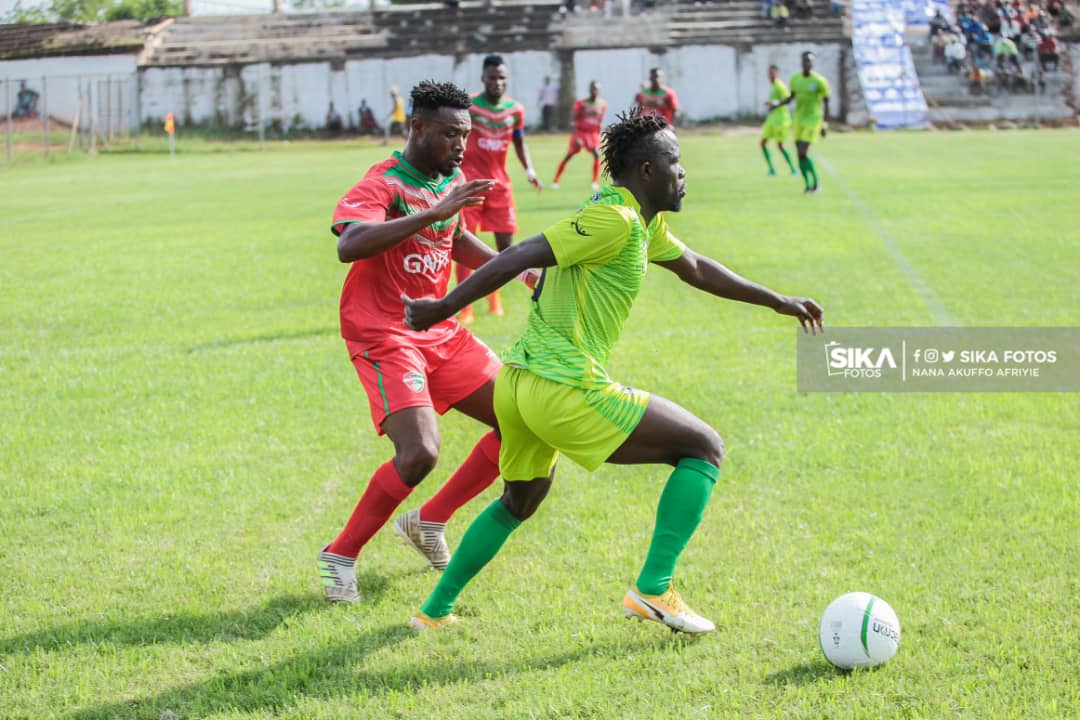 Karela United grabbed their first win of the second round after beating 10 man Bechem United at the Crosby Awuah Park on Sunday.

Forward Diawisie Taylor ended a six game goal drought after converting from the spot to hand the Anyinase boys the lead.

Bechem United leveled through defender Kofi Agbesimah before a second half strike from Reginald Thompson secured all three points for the hosts.

Karela United, who were chasing a first victory since the resumption of the league, started well but could not create any real opportunity.

However, in the 19th minute they were awarded a penalty which Taylor slotted home to net his 13th goal of the campaign.

But with six minutes to half time, the visitors were reduced to ten men, after captain Moro Salifu was shown his marching orders.

With the numerical advantage, Karela dominated and controlled the game in the second half.

Reginald Thompson then grabbed the winner with 15 minutes left as Karela earned a hard fought win on the CAM Park.