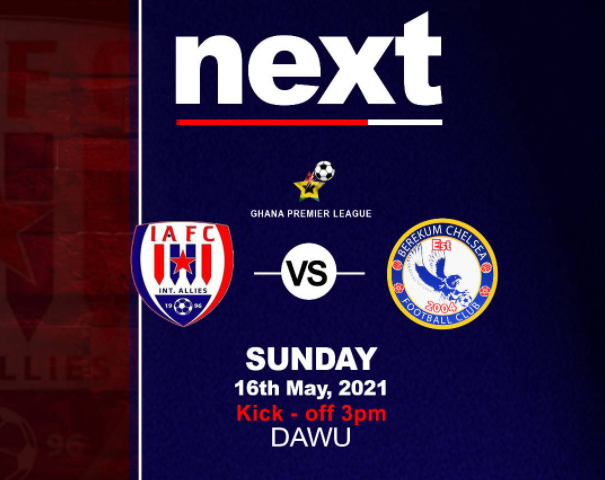 Relegation-threatened Inter Allies host Berekum Chelsea at the Theatre of Dreams in this matchday 25 fixture on Sunday.

The Eleven is to one side are on the brink of relegation with 12 matches more to play in the ongoing season.

Inter Allies currently bottomed placed on the league log with 20 points after matchday 24 must target a win in each game for the remaining games to avoid relegation.

Inter Allies picked a point against Eleven Wonders in mid-week at the Ohene Ameyaw Park in Techiman with the game ending 1-1.

Inter Allies since relocating to the Theatre of Dreams in the second round have recorded two wins and one defeat at home.

Berekum Chelsea also returned to winning ways against AshantiGold in mid-week at the Golden City Park.

Chelsea lost to Aduana Stars on Sunday on matchday 23 and needed to respond with a win at home.

Seth Hoffman and his players picked a vital win against the Miners at home and will be heading into this away game with more confidence.

Berekum Chelsea is placed 11th on the league table with 30 points but will need more wins to secure their stay in this season's league.