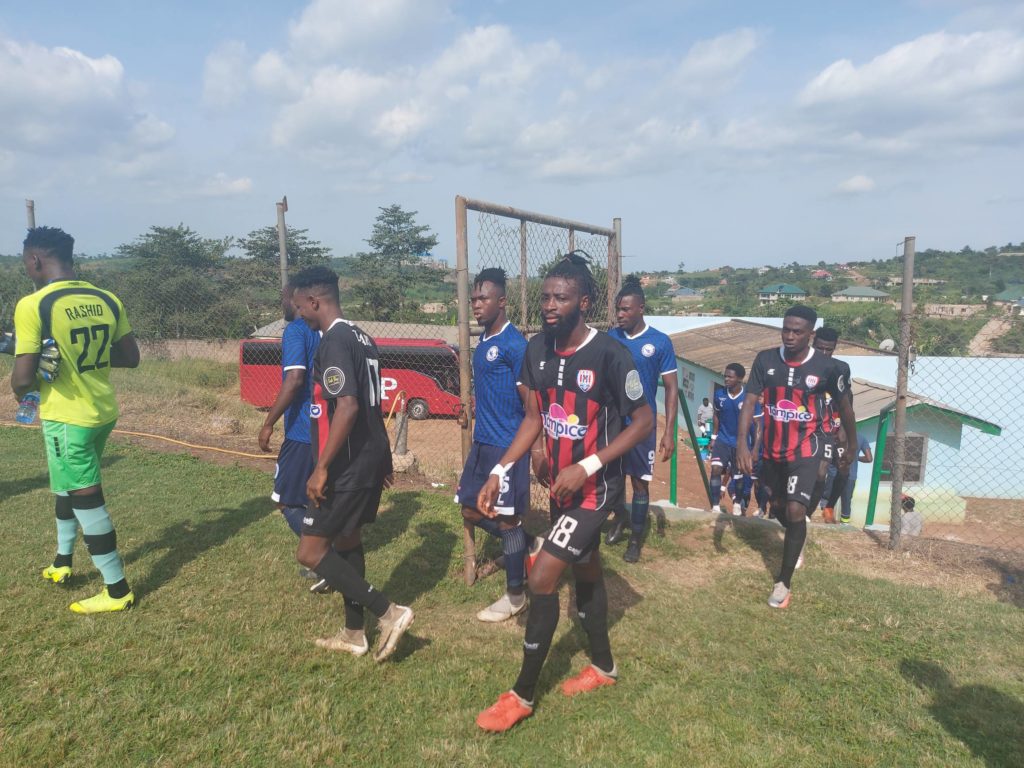 Inter Allies gave their survival campaign a shot in the arm by posting a resounding 5-0 win over Berekum Chelsea on Sunday, 16 May 2021 at the Theatre of Dreams in Dawu.

The opening goal was registered after two minutes when Alex Aso finished off coolly after being put through from midfield.

Aso kept his composure and dummied his marker before teleporting the ball past the Chelsea goalkeeper.

Two minutes later, Allies doubled their lead and it was Aso again who struck the back of the net.

Allies were in full control of the match and never looked threatened throughout the entire duration.

After the hour mark, midfield gem Richmond Lamptey scored with a trademark long drive to give the hosts a three-goal lead.

Samuel Armah drilled in the fourth goal after 71 minutes to confirm Allies' superiority in the match.

However, Inter Allies will still remain at the foot of the table with 23 points.