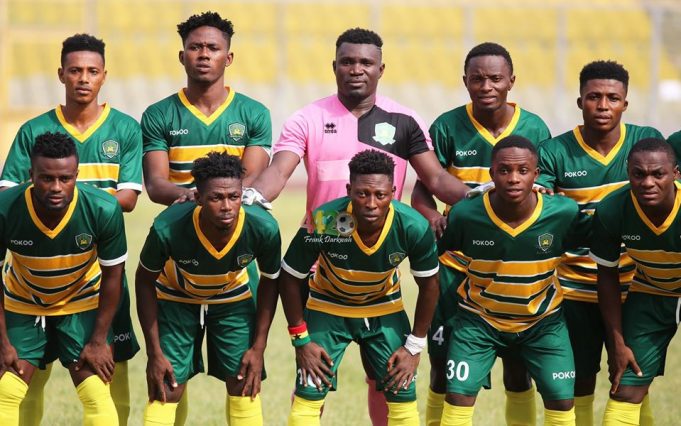 Ebusua Dwarfs recovered from a goal down to beat Liberty Professionals 2-1 at the Cape Coast Stadium on Sunday afternoon.

But the hosts produced a strong performance to level and snatch a late winner.

Seidu Abubakar leveled ten minutes after Laryea had shot Liberty in the lead.

Enoch Afram scored the winner in controversial circumstances as Liberty were reduced to ten men.

Both teams came into the game knowing how important a win will be for their survival this season after a run of poor results.

The win moves Dwarfs further away from the drop with Liberty deep-rooted in the relegation dogfight.