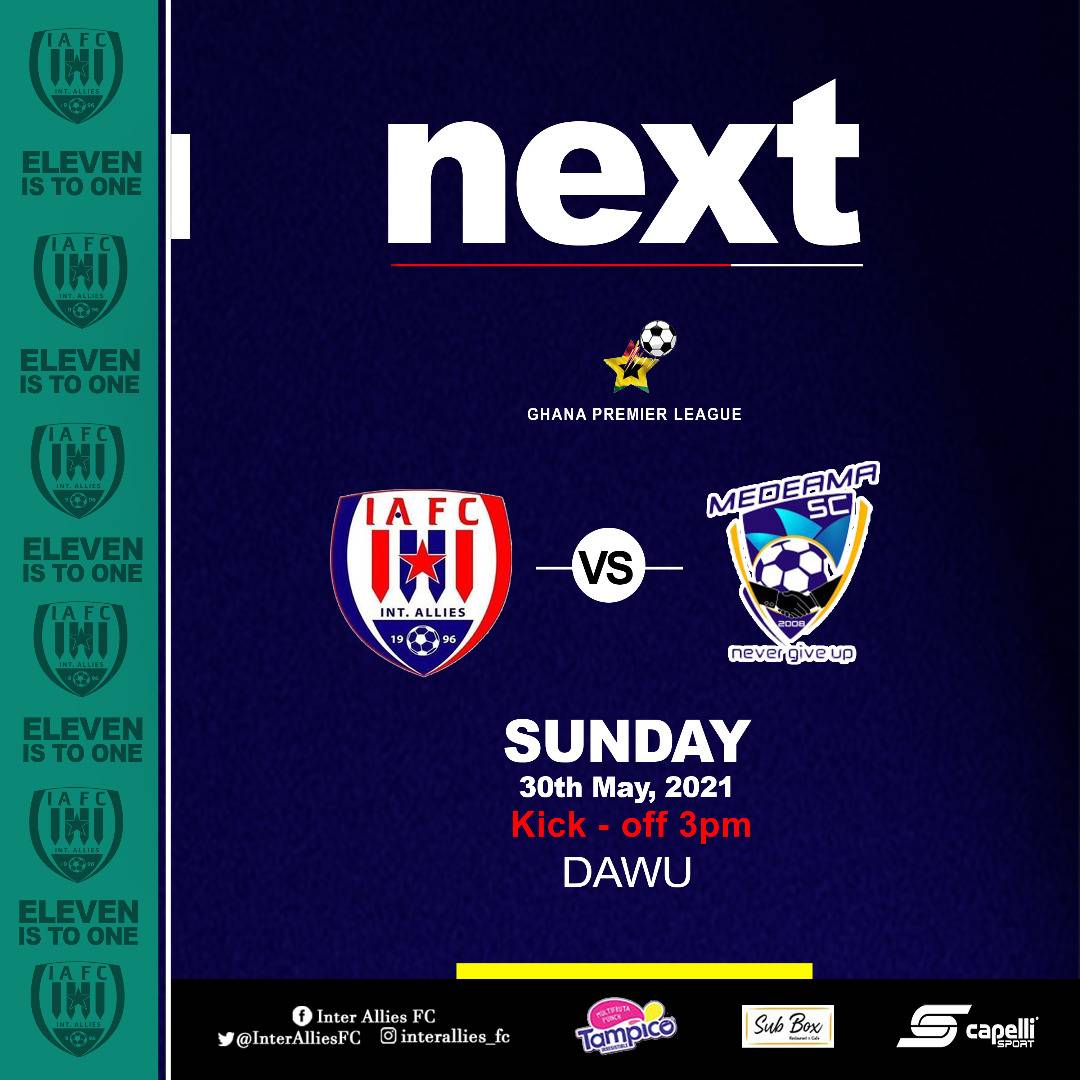 The Mauve and Yellows left it late to edged Ashantigold 1-0 at home last weekend to move back into the top four.

Inter Allies lost 1-0 at Great Olympics to remain bottom of the league table.

Medeama have no major injury concerns with Ivorian-born striker Amed Toure expected to return to the squad after missing the side's last two matches.

The Burkinabe international missed the 2-0 defeat at Aduana Stars and the narrow 1-0 win over the miners at home.

However, goalkeeper Eric Ofori Antwi has been in the news for the wrong reasons after he was left out of the 18-man squad for the win against Ashantigold.

Antwi, a former Asante Kotoko goalie is expected to leave the club at the end of the season amid talks of the clubs wanting him to buy out the remainder of his six months contract.

Frank Boateng is expected to remain in post for the remaining eight matches with the long-term future of Ofori Antwi settled.

Inter Allies' Desmond Abuga hasn’t returned yet and has been ruled out.‬ Striker Taufiq Shaibu is expected to be added to the squad for this match.

Medeama are 4th on the table with 43 points from 26 games while Inter Allies lie rocked-bottom with 23 points from same number of matches played.

A defeat for Allies will be detrimental to their survival bid and need a win to continue their push in the relegation dog-fight.