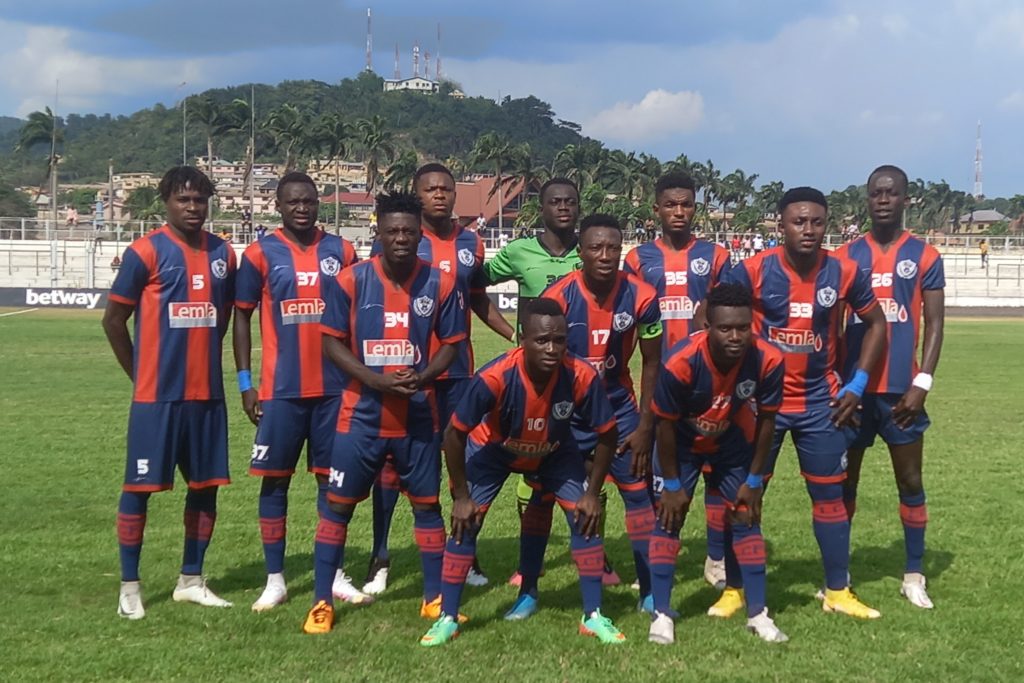 Cities clinch all three points to cushion them in their fight to avoid the drop at the end of season.

Cities head coach Bashir Hayford made four changes to the squad that beat AshantiGold SC 1-0 at away in the last fixture with Jonah Attuquaye and Victorien Adje Adebayor away with national team duties.

Baba Mahama and Cephas Doku took the places of Adebayor and Attuquaye in the starting lineup.

On the other hand Allies gaffer Felix Aboagye made no changes to the lineup that thrashed Medeama SC 3-0 last week.

The first half was virtually balanced and unexciting as both teams had limited scoring opportunities.

Doku broke the deadlock of the game in the 57th minute to give the Royals the lead with a beautiful strike.

Experienced goalkeeper Fatau Dauda made a sublime save to deny Allies the equaliser in the 75th minute.

A near post save from Allies goalkeeper Seidu to deny Richmond Antwi from scoring our second goal of the night five minutes from full-time.