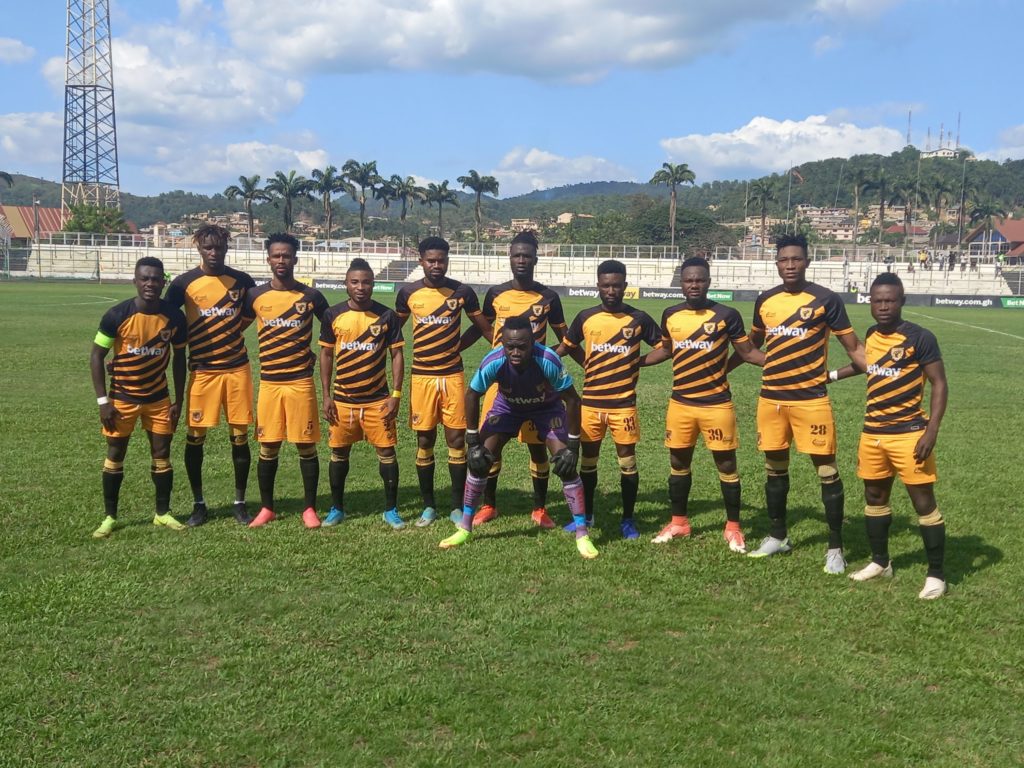 AshantiGold SC returned to winning ways on Sunday when the pipped Ebusua Dwarfs 1-0 in a round 29 encounter of the Ghana Premier League at the Len Clay Stadium.

Seth Osei's solitary strike handed the Miners all maximum points as they move one place up on the premiership standings.

Samed Mohammed took the place of Frank Akoto who is serving a suspension due to accumulated yellow cards.

The Abontoa Abontoa Boys had just one change in the team that beat Aduana Stars 1-0 in Cape Coast last weekend with Moro Sumaila replacing Richard Addai.

AshantiGold were handed a real opportunity to open the scoring in the 35th minute after striker Mark Agyekum was brought down by goalkeeper Bright Quaye resulting in a penalty.

Agyekum elected himself to effect the penalty but his kick was superbly saved by goalkeeper Quaye.

Dwarfs came very close to getting the opener but goalkeeper Kofi Mensah with a stupendous save prevented Michael Ohene Asamoah's brilliant drive from the edge of the box.

The Miners got the breakthrough in the 54th minute after playmaker Osei put them ahead with a brilliant finish following an incredible solo run.

AshantiGold piled pressure on the visitors after the goal looking for the second but all opportunities that fell their way were squandered.

Substitute Abagna with only the goalkeeper to beat failed to put the ball at the back of the net with few minutes to end proceedings.

Dwarfs nearly got the equaliser but a spectacular save by goalkeeper Mensah denied them.