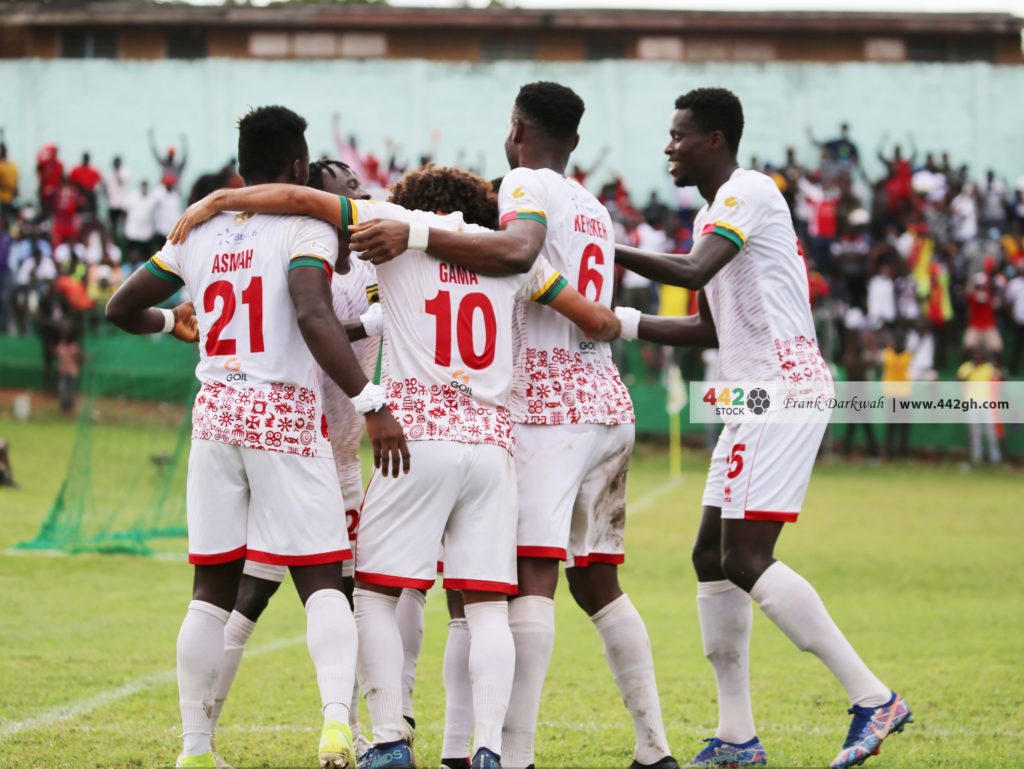 The Fabulous club recorded a 3-2 victory over the relegation threatened side to keep their title hopes intact.

Evans Adomako and Andrews Kwadwo Appau scored their maiden goals in the league for the Kotoko to ensure they claim all three points.

Allies trainer Felix Aboagye made only change to the team that lost 1-0 to Legon Cities FC in the last round at the Accra Sports Stadium.

Mariano Barreto made three alterations to the Kotoko squad that pipped AshantiGold SC 1-0 in the Ashanti derby last week in Obuasi.

Habib Mohammed returned from suspension to replace Wahab Adams in the starting lineup.

Striker Adomako was handed his first start in the Red shirt as he took the place of Ibrahim Osman in the team.

Kotoko opened the scoring of the match in the 26th minute after Emmanuel Gyamfi connecting a headed pass from Adomako.

Allies levelled matters in the 39th minute when Alex Aso scored from close range after he was set up by Nafiu Sulemana.

Adomako restored Kotoko's lead with three minutes to halftime as Gyamfi turned the provider with a low cross from the left to set him up.

Allies levelled proceedings again in the 63rd minute through Okpe but that didn't last long as the Porcupine Warriors got their noses in front once more in the 71st minute.

Kotoko are now on 53 points with only goals difference separating them and the Phobians.