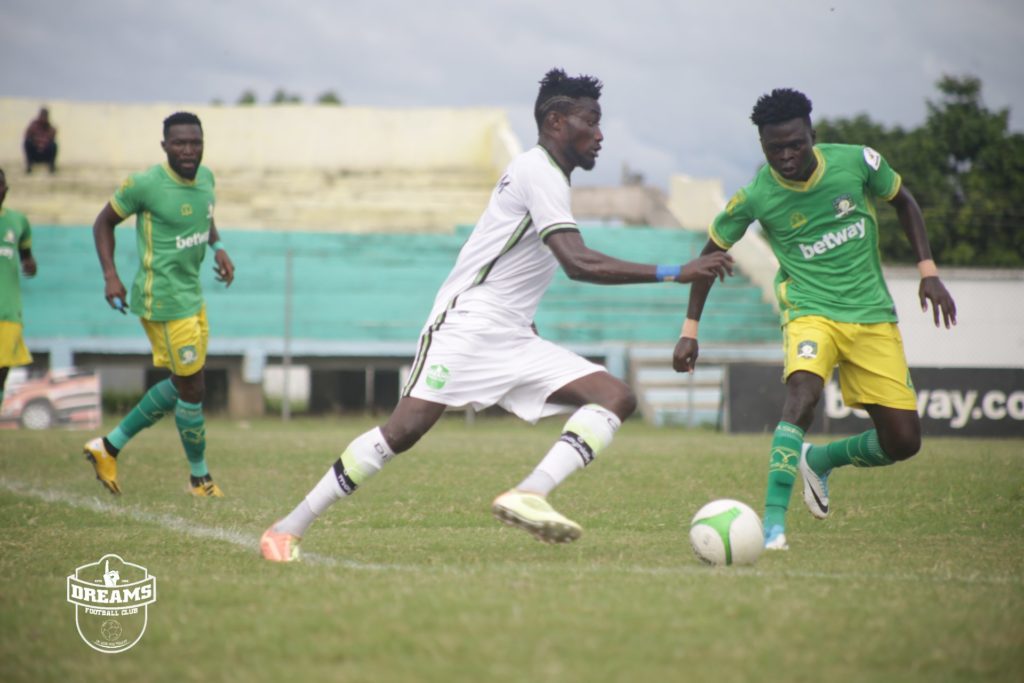 Dreams went into the game after a decent run in their last five matches, which saw them win three and lost just a game with their hosts in poor form, having won only one of their last five games.

However, it was the Ogya Boys who seized the opportunity despite conceding most part of possession in the first half.

Benjamin Tweneboah was a menace to the Dreams FC, and in the 42nd minute took on his marker before laying the ball to Sam Adams who slotted home.

Dreams could not recover and three minutes later Bright Agyei pounced on their momentary lapse of concentration to net his side's second.

Aduana maintained a solid backing, controlling most to the second half.

Dreams FC had some chances but could not take them as Aduana Stars stayed resilient in their pursuit of a top four finish.