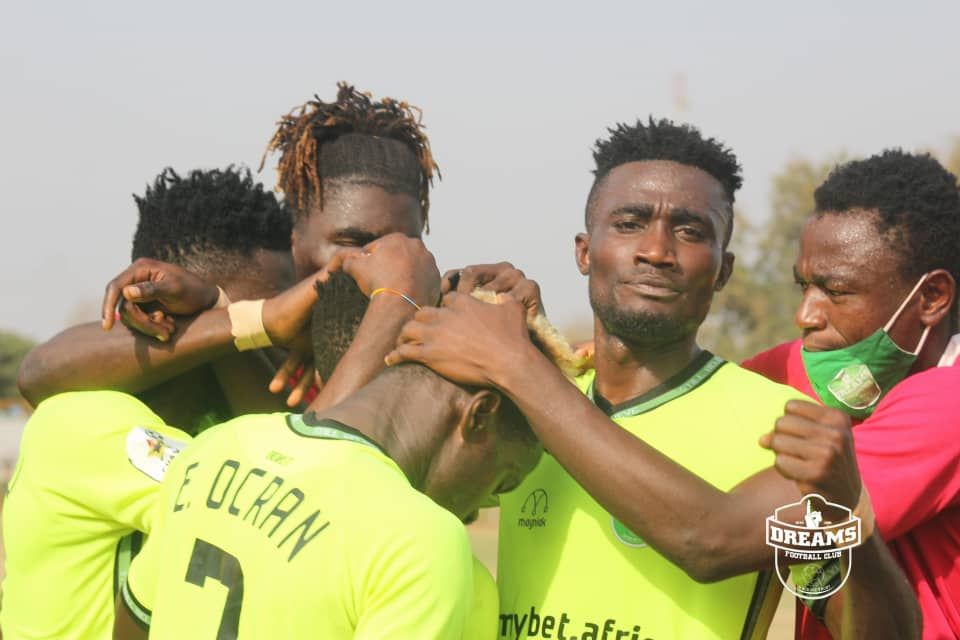 Dreams FC are in badly need of a win against Berekum Chelsea on Sunday, 3 July 2021, to safeguard their Top 4 ambitions.

The Still Believe Lads suffered a jolt last week when they handed a 2-0 defeat at Aduana Stars courtesy first half goals from Sam Adams and Bright Adjei.

But Dreams FC did not go down easily as they put up stirred up second half performance .

They are tied on 48 points with Medeama with WAFA (two points less) breathing behind in sixth position.

Dreams have won their last six home matches are favourites for the points against Berekum Chelsea who are poor travellers.

The 2011 champions are just one point above the relegation mark with 37 points and another defeat will see them slip further if other results go against them.

Chelsea have also lost their five away matches on the road.