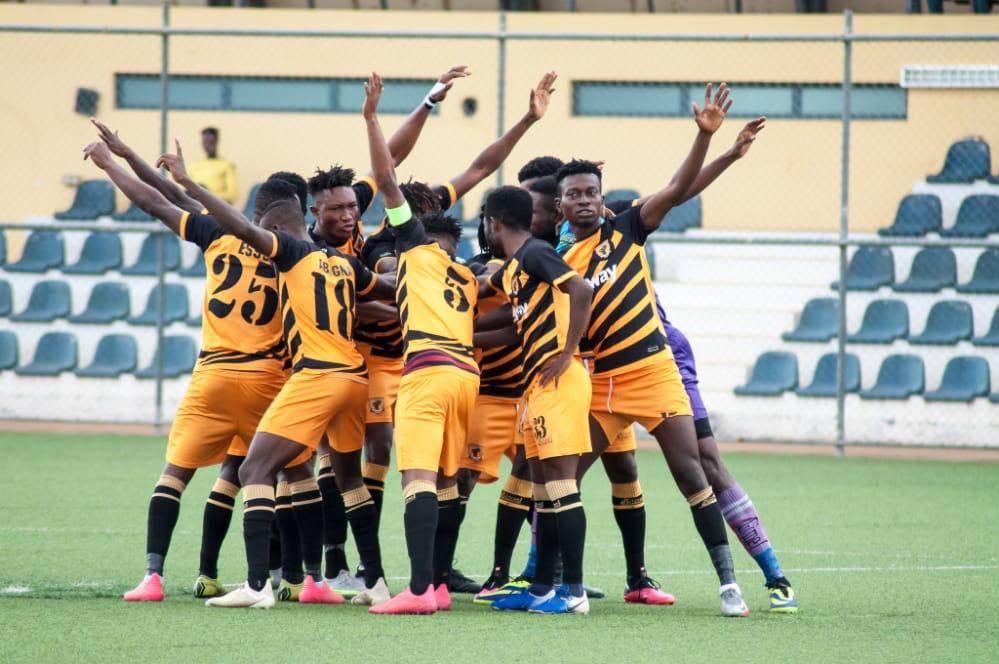 AshantiGold SC would want to seal their premiership status for next season on Sunday when they take on Dreams FC at the Len Clay Stadium in Obuasi in their penultimate match of the campaign.

The Miners are currently sitting at the 9th position with 41 points from 32 games.

AshantiGold are just four points from the relegation zone with only two matches left for the season to end.

The Gold and Black outfit cannot drop points in Sunday's fixture they aim at cementing their top-flight status with one game to spare.

AshantiGold are buzzing into this match with enough confidence after that emphatic 4-2 win over Aduana Stars in the FA Cup last Wednesday at Dormaa Ahenkro.

Thomas Duah will welcome back striker Gordon Kusi Brokelyn in his team to face Dreams on Sunday.

Brokelyn scored one of the goals in mid-week's Cup triumph against Aduana on his return to the match squad from injury.

Dennis Votere will continue to man the posts for AshantiGold as first choice goalkeeper Kofi Mensah remains sidelined with an injury.

Dreams are travelling to Obuasi to face the Miners with their top four aspirations on the line as they are only two points far from that target.

The 'Still Believe' outfit are currently lying at the 7th position on the premiership standings with 48 points from the 32 matches played already.

They are safe and sound for top-flight football next season having no threats of relegation whatsoever.

Dreams will be looking to make amends on Sunday as they go into this match on a back of back-to-back defeats to Aduana Stars and at home to Berekum Chelsea last week.

Vladislav Viric and his men got the better of AshantiGold in the reverse fixture where they thrashed them 4-1 at the Theatre of Dreams in Dawu.

Dreams have been very poor on the road since February with five defeats and three draws in their last eight away games as guests.

Viric have a fully strength squad available for selection on Sunday in Obuasi.