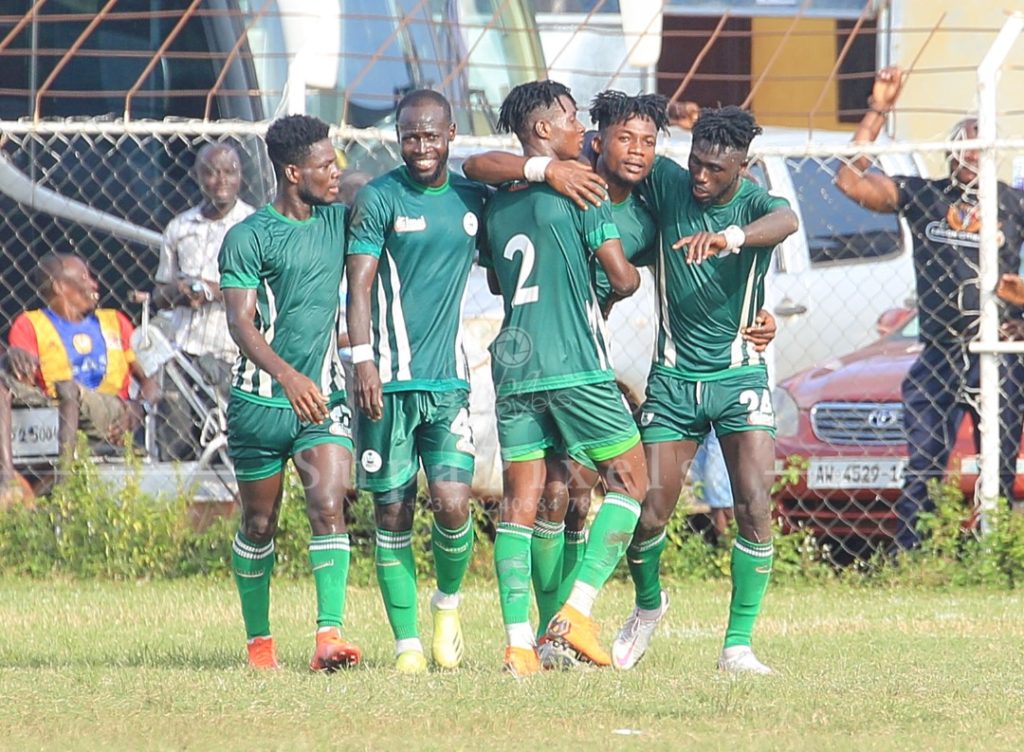 The battle for survival in the Ghana Premier League continues unabated this weekend with one of the intriguing fixtures coming off at the in Techiman.

King Faisal Babes will be tackling Ebusua Dwarfs at the Ohene Ameyaw Park on Saturday in a penultimate match of the season.

The 'Insha Allah Boys' are currently placed in the relegation zone at the 16th position on the league standings.

They have 37 points from 32 matches and are just a point away from the safety places.

Faisal need nothing but a victory over Dwarfs on Saturday to cushion their chances of surviving at the end of the season.

They are currently on a four-game unbeaten streak with two wins and two draws.

Nurudeen Amadu's side will move out of the drop zone and climb up on the league log to the 11th position if they are able to claim all three points of the match.

Faisal will be boosted by the return of the attacker Kwadwo Frimpong who was suspended in the last round against Asante Kotoko SC in Obuasi.

The Green and Whites held their Kumasi rivals to a 1-1 stalemate last weekend and that's spurring them on against Dwarfs.

A very late goal denied Dwarfs a massive victory over league leaders Hearts of Oak last Sunday at the Cape Coast Stadium as their lead was cancelled in the additional minutes.

The Abontoa Abontoa Boys are only one point above the relegation zone as they lie at the 14th position on the league table with 38 points from 32 games.

Managing to get at least a draw from Saturday's match could well mean Dwarfs are likely to survive the relegation with their last game of the season at home against Bechem United.

Dwarfs travel from Cape Coast to Techiman with high morale as their last away game in the league saw then thrash Karela United FC 4-1 at Nduom Sports Complex.

That's the only win in their last seven away fixtures in the premiership.

James Kuuku Dadzie is yet to taste defeat since he took over the head coach job at Dwarfs having won two and drawn once in the three games he has been in charge.

The Idekay Idepanday will welcome the return of reliable defender Emmanuel Anaful into the team for the trip to the Bono East Region.