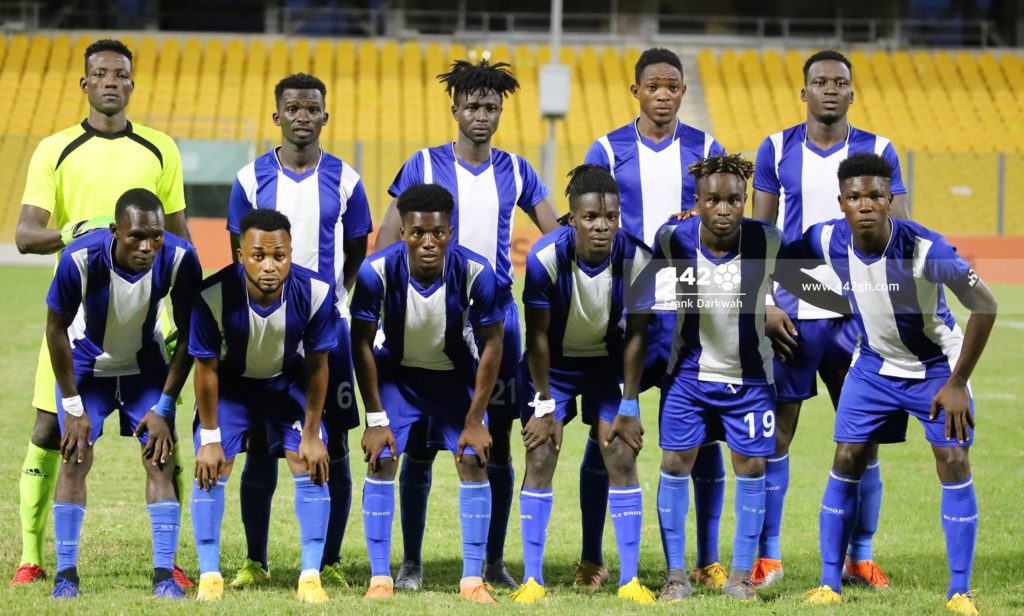 Great Olympics and Dreams FC will be eyeing a place in the top four in this final round of fixtures for the 2020/21 Ghana Premier League season.

Great Olympics will be hoping to bounce back to winning ways after losing to Berekum Chelsea 2-1 on matchday 33 at the Berekum Golden City Park.

The team has been criticized by the fans for their poor showing in the latter part of the season with calls for the General Manager Oluboi Commodore to be sacked.

Olympics were hoping to finish in the top four but have dropped down to the seventh position following a series of poor results.

Coach Annor Walker and his players will seek to end the season with a win against Dreams FC to secure a good spot on the table.

Dreams FC held AshantiGold SC to a goalless draw in their last game at the Len Clay Sports Stadium.

The Still Believe club travel away for the second game in the row as they play Great Olympics at the Accra Sports Stadium on Saturday.

Dreams lost the first game by a lone goal against Great Olympics in week 17 fixture at the Theatre of Dreams in Dawu.

The Still Believe will go in search of a win to revenge that defeat whilst The 'dade boys' will be hoping to do the double over Dreams FC.