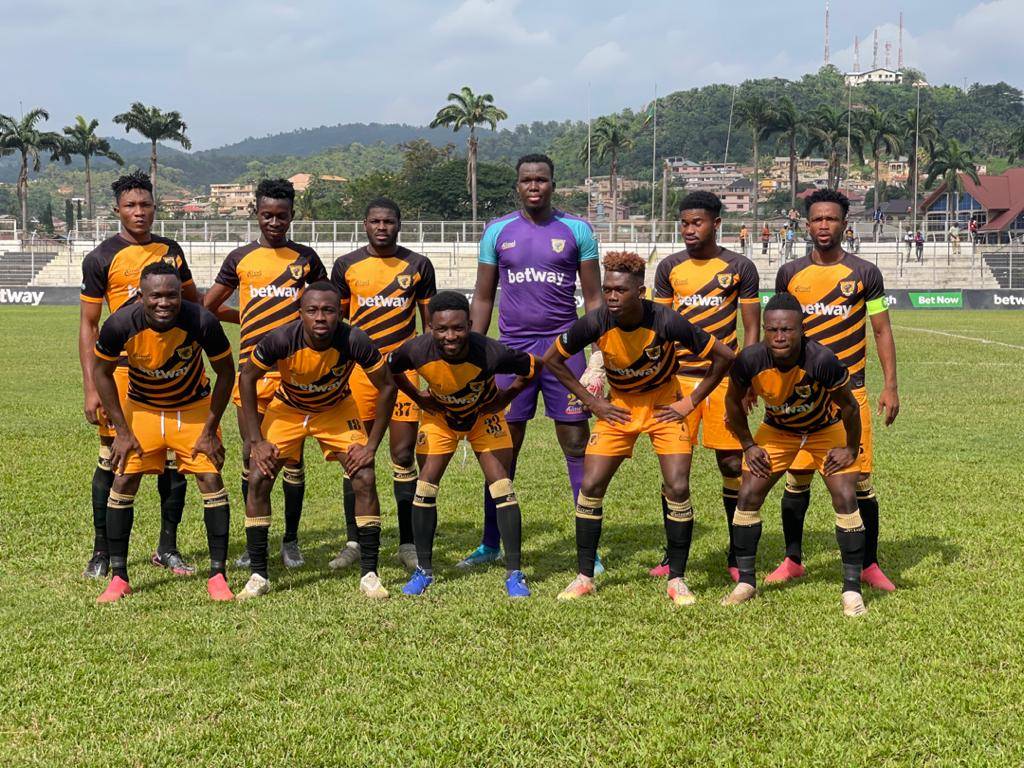 AshantiGold SC ended their 2020/2021 season on the on the high as they thrashed relegated Inter Allies FC 7-0 in the last match at the Len Clay Stadium in Obuasi on Saturday.

A hatrick by young attacker Isaac Opoku Agyemang and two own goals from defender Hashmin Musah ensured the massive win.

AshantiGold trainer Thomas Duah made five changes to the team that drew 0-0 with Dreams FC last weekend at the Len Clay Stadium in Obuasi.

Skipper Amos Addai recovered from his sickness to make the starting lineup taking the place of David Abagna Sandan.

Emmanuel Owusu and Isaac Opoku Agyemang came in for Gordon Kusi Brokelyn and Mark Agyekum respectively in the starting eleven.

Allies head coach Felix Aboagye also made four alterations to the squad that suffered a 4-2 defeat to Aduana Stars in Dawu last weekend.

Military man Danso Wiredu Mensah was preferred between the sticks to Gideon Ahenkorah.

The Miners got their noses in front through Opoku Agyemang in the 16th minute after connecting a cross from Seth Osei on the right.

Captain Addai doubled the advantage for the home side in the 26th after goalkeeper Mensah failed to save his shot from the edge of the box.

Opoku Agyemang scored from the spot to increase the tally on the stroke of halftime.

Opoku Agyemang completed his hatrick on the 77th minute with a fine finish before two own goals from Allies defender Musah within five sealed the victory for the Gold and Black outfit.