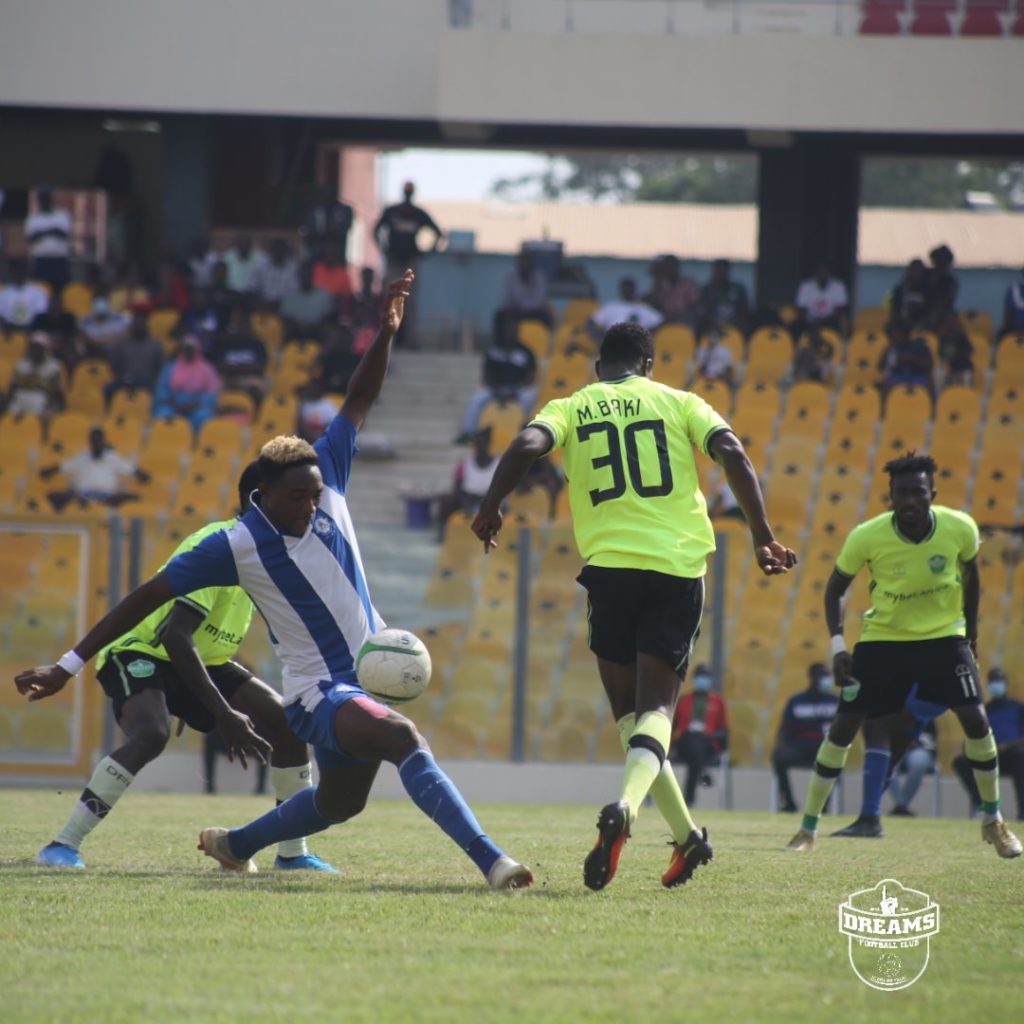 Great Olympics did the double over Dreams FC this season with a 2-1 win on matchday 34 fixture at the Accra Sports Stadium.

The 'dade boys' returned to winning ways after losing to Berekum Chelsea on matchday 33.

The win also helped Great Olympics moved up above Dreams FC on the league table as the two sides were tied up on points before the game.

Great Olympics scored the opening goal in the 42nd minute through Manaf Mudasiru.

Philip Sackey doubled the lead for Great Olympics in the 55th minute with the second goal of the game for the home side.

The first half ended with the home side taking a 2-0 lead going into the break.

Issah Ibrahim pulled one back for Dreams FC in the 59th minute to put his side back in the game.

Olympics held onto the lead to record their last win of the 2020/21 Ghana Premier League season.