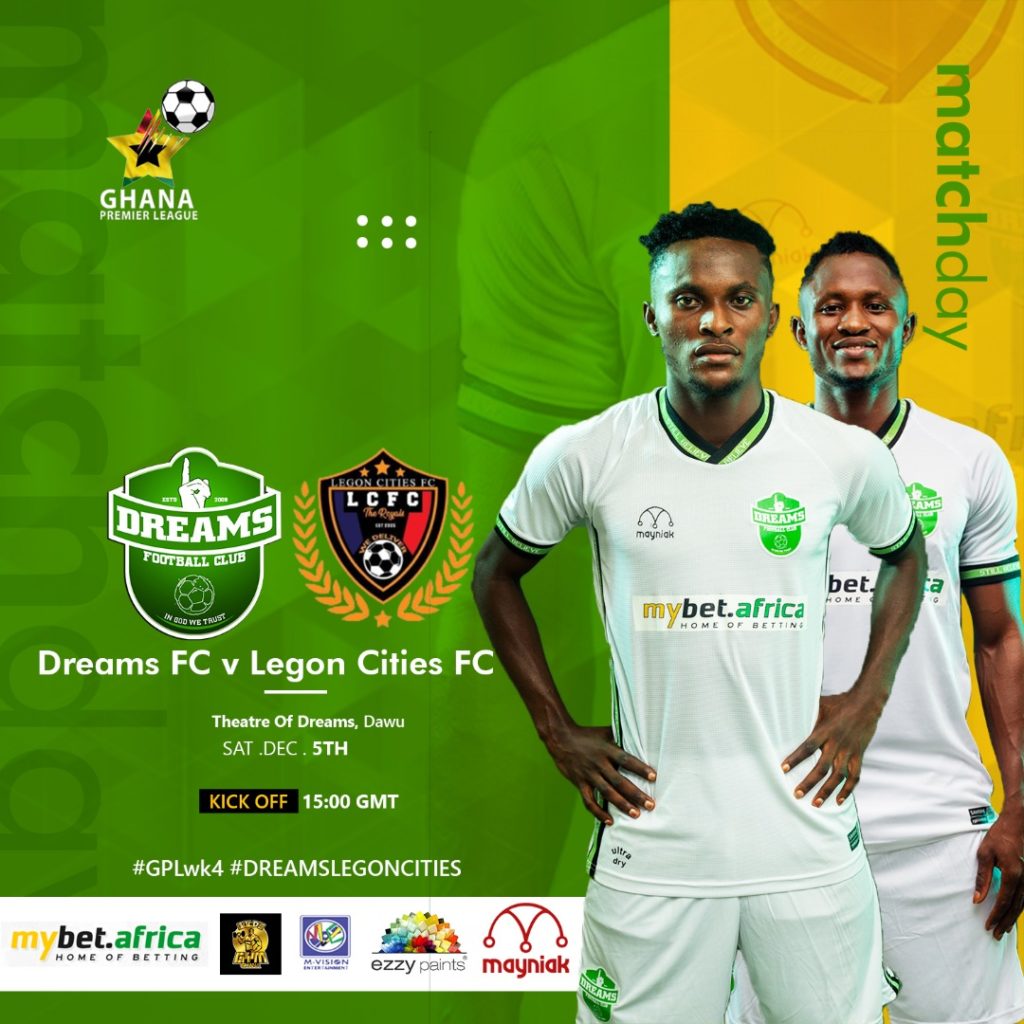 Dreams FC returns to the 'Theater of Dreams' in search of their second win of the season after suffering a defeat on matchday three to Karela United despite taking the lead in that game.

The 'still Believe' lads look very organised after picking a draw on the opening day against Inter Allies before victory over title contenders Medeama SC in Dawu.

Meanwhile, their opponents Legon Cities are yet to record a win this season and have already had managerial changes just three games in the campaign.

Experienced gaffer Bashiru Hayford, a two time Ghana Premier League winner, will be on the bench when they travel to Dawu. It will be his first game for the club after agreeing to join the club following the sacking of Goran Barjakterevic.

Dreams FC did the most in the transfer window, bring in lethal forwards Abel Manomey and Joseph Esso, with the latter netting two goals already in the campaign.

However, all eyes will be on Legon Cities who could hand legendary Ghana forward Asamoah Gyan his first start of the season after his cameo against Medeama on Monday night.

Legon Cities have had the better of Dreams FC in the Ghana Premier League, winning two of their last four encounters with the two ending in draws.