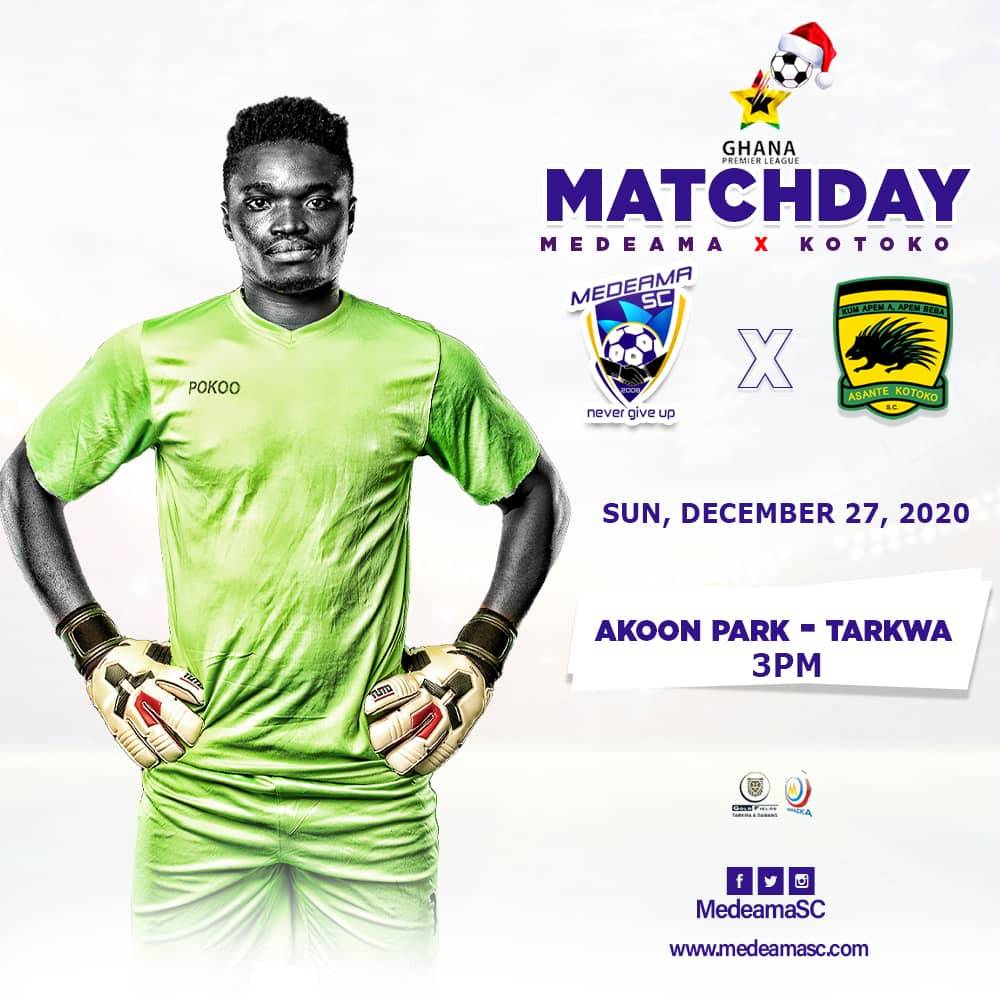 Medeama SC will hosts Asante Kotoko at the Akoon Park in the outstanding match day 4 fixture on Sunday, December 27, 2020.

Both sides are having a tough start to the campaign with just a win in their five five games of the 2020/21 season.

The Porcupine Warriors' abysmal start to the season has seen the club sack Maxwell Konadu as coach, with Johnson Smith taking over as an interim gaffer.

Meanwhile, Medeama have kept confidence in Samuel Boadu to turn things around for the Mauve and Yellows, who have been tipped by many as favourites.

Ahead of Sunday's encounter, Kotoko will be expected to unleash Brazilian import Fabio Gama, who is yet to kick a ball for the club since his arrival.

The two clubs have reach history amongst them, having met twenty times in the Ghana Premier League.

Asante Kotoko have won ten of the games between the two clubs, with Medeama winning five and the rest ending in draw.

The Kumasi based giants go into today's game with huge pressure on the team after suffering midweek defeat to Al Hilal of Sudan in the champions League.

The Mauve and Yellows have had enough time to rest and look the more energetic side. They have a good record against their rivals in Tarkwa.