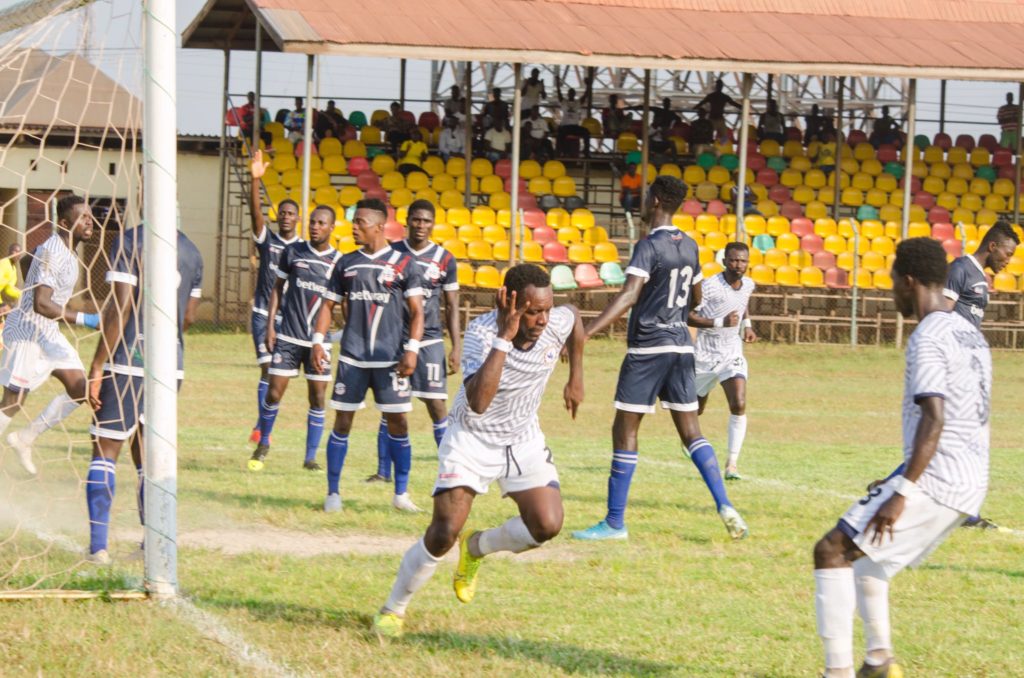 Emmanuel Clottey’s first half strike proved to the difference between Berekum Chelsea and Liberty Professionals in Week 4 of the 2020/21 Ghana Premier League on Saturday.

Chelsea were by large the better side in the opening minutes of the encounter at the Berekum Golden City Park.

Liberty were largely reduced to long ball as Chelsea played it tight in midfield and defense.

Coach David Ocloo’s charges had their moments despite the tenacious display from the home side.

The Blues however finished the half on top after veteran striker Emmanuel Clottey poked home from close range deep in injury time.

Liberty returned from recess with an improved performance but Chelsea were formidable in defensive as they quelled off their opponents threat.

The visitors made plethora of changes as they went in search of redemption.

Chelsea held on to the slim advantage to record their maiden victory of the ongoing season after four games of asking.

The win has propelled Chelsea to 6th on the log with  5 points from 4 games while Liberty remain 12th with 3 points.