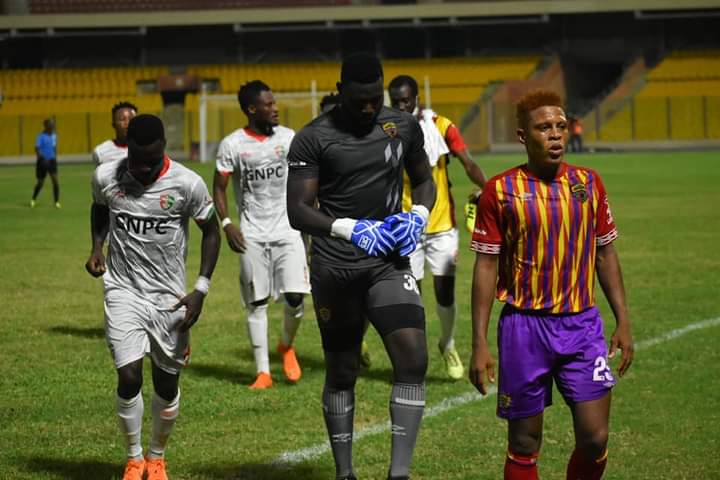 Hearts of Oak made it three games with no win after they were held by league leaders Karela United to scoreless draw on Friday night.

The Phobians couldn't take advantage of the Accra Sports Stadium to record their first victory of the season in the match day four encounter.

New coach Kostadin Papic didn't make an appearance at the bench for the Phobians since his working permit is not ready.

Assistant coach Asare Bediako led the team in the encounter as he made four changes to the lineup that started against Inter Allies FC last Sunday.

Sadiq Alhassan returned to the first eleven are recovering from an injury taking the place of Umar Basiru.

The two teams failed to give their best in the first half of the match as both looked uninspired and nonpurposeful.

They failed to create scoring opportunities before the halftime whistle.

The tempo of the game in second half was lifted after some substitutions by the two coaches.

The Phobians came very close to break the game's duck but Sarpong's effort in the 50th minute rattled the woodwork after some good work by Patrick Razak.

Hearts have only managed two points from the three matches they have played so far.

They play home again in their next fixture when Dreams FC come visiting.

Karela will be at the CAM Park in Aiyinase to entertain King Faisal Babes in match day five.