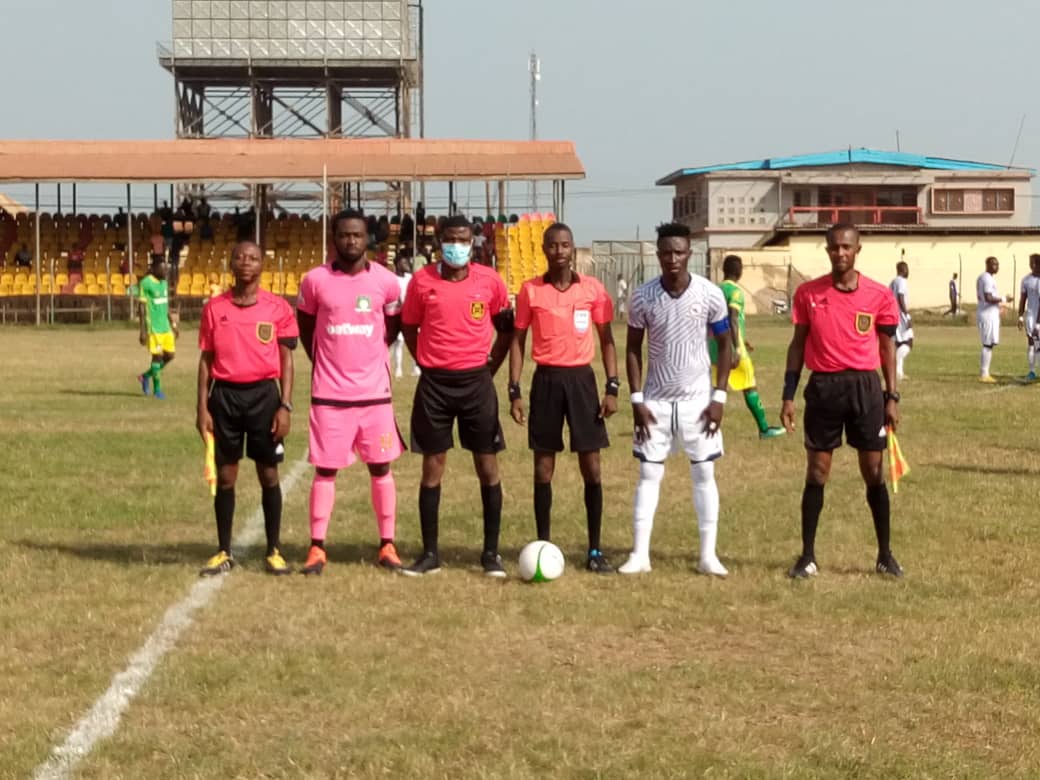 Berekum Chelsea played out a 1-1 stalemate with a Aduana Stars at the Golden City park on Monday in an entertaining regional derby fixture in the Ghana Premier League.

The Bibires failed to make their home ground count as the Fire Boys claim a very deserving point to go back to Dormaa Ahenkro.

Chelsea several changes in their lineup from the last league game against WAFA SC where they lost 2-0 about a week ago.

Aduana coach Paa Kwesi Fabin also made alterations to the squad that beat Hearts of Oak 2-0 last Wednesday in Dormaa.

The hosts broke the deadlock of the game in the 25th minute through skipper Stephen Amankona.

The Blues failed make good use of the scoring opportunities that came their way afterwards.

Aduana got back into the game very strong in the second as Bright Adjei and Yahaya Mohammed kept pushing for the equaliser.

The efforts of the visitors finally paid off in the 53rd minute as Adjei drew them levelled with a fine finish.

The two teams kept pushing for the match winner but all efforts proved futile with the home missing most of the chances that fell their way.