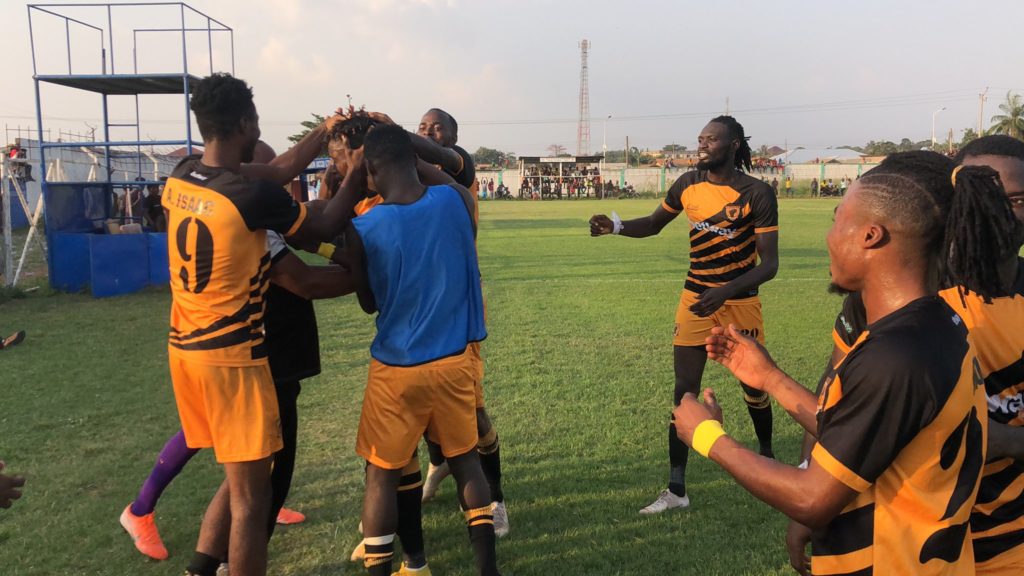 Eleven Wonders FC were held to 1-1 stalemate at the Ohene Ameyaw park in Techiman by AshantiGold SC on Sunday.

The Miners preserved their unbeaten start in the season with a very late equaliser from substitute Samed Ibrahim.

Ignatius Osei-Fosu made just one change to the squad that held Aduana Stars to a 1-1 stalemate last week in Dormaa Ahenkro.

Ashittey Ollenu made way for Clement Boahen in the starting lineup.

On the other hand, Serbian tactician Milovan Cirkovic made only one alteration to the squad that hammered King Faisal Babes 5-1 in the midweek.

Wonders got their noses in front through top marksman Salifu Ibrahim in the 10th minute.

AshantiGold came very close to getting the equaliser in the 25th minute but David Abagna missed a glorious opportunity.

The visitors kept on with their dominance for the rest of the first half but all efforts to the pull parity proved futile.

The Miners kept pushing for the equaliser but were denied by the defence and goalkeeper John Moosie of Wonders.

AshantiGold finally got the leveller in the dying embers of the game as central Ibrahim who replaced Kwame Moses scored in the 90th minute.

Wonders will make a journey to the capital to take on Inter Allies FC in their next fixture.

AshantiGold face Bechem United in an outstanding game on next Sunday before tackling Berekum Chelsea at home the following weekend.