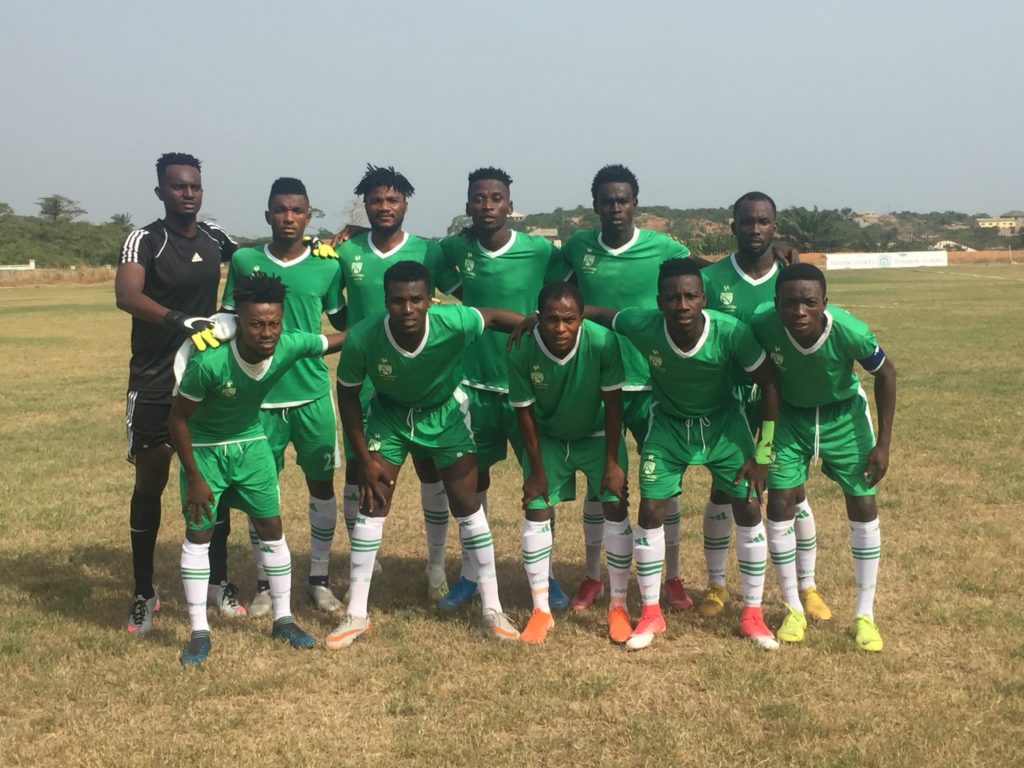 Elmina Sharks needed a Benjamin Tweneboah first half penalty to inflict a 1-0 defeat on Inter Allies at home in the Ghana Premier League on Sunday.

In truth, the score line at the Papa Kwesi Ndoum Stadium did not tell the whole story as Allies put in an impressive shift and created scoring chances.

Early on, the visitors tried to ask questions when midfielder Richmond Lamptey tried his luck from distance but his effort went  wide.

After a quarter of an hour of play defender Isah Ali is quick to clear his lines as he blocked Shark's wonder forward Benjamin Tweneboah from shooting.

Centre back Hashmin Musah took advantage of a loose pass and shot from the halfway line but goalkeeper Lord Bawa Martey grabbed it with ease.

Kingsley Braye made a fantastic solo effort and struck beautifully but once again goalkeeper Martey was there to pull a magnificent save to deny Allies the opener.

Five minutes from the break, Sharks were awarded a penalty and Tweneboah, nicknamed Nyemar, scored from 12 yards.

Allies defender had Hashmin Musah booked for a yellow card.

Braye missed a glorious chance in the 50th minute when he shot straight at goalkeeper Lord Bawa.

Just after the hour mark, Lamptey sent his free-kick straight through the wall but one again goalkeeper Martey grabbed.

In the 75th minute, Sharks launched a quick counter attack with Paul Abanga beaten but goalkeeper Rashid Seidu was there to save Inter Allies.

Up next for Inter Allies will be a home match against Eleven Wonders.