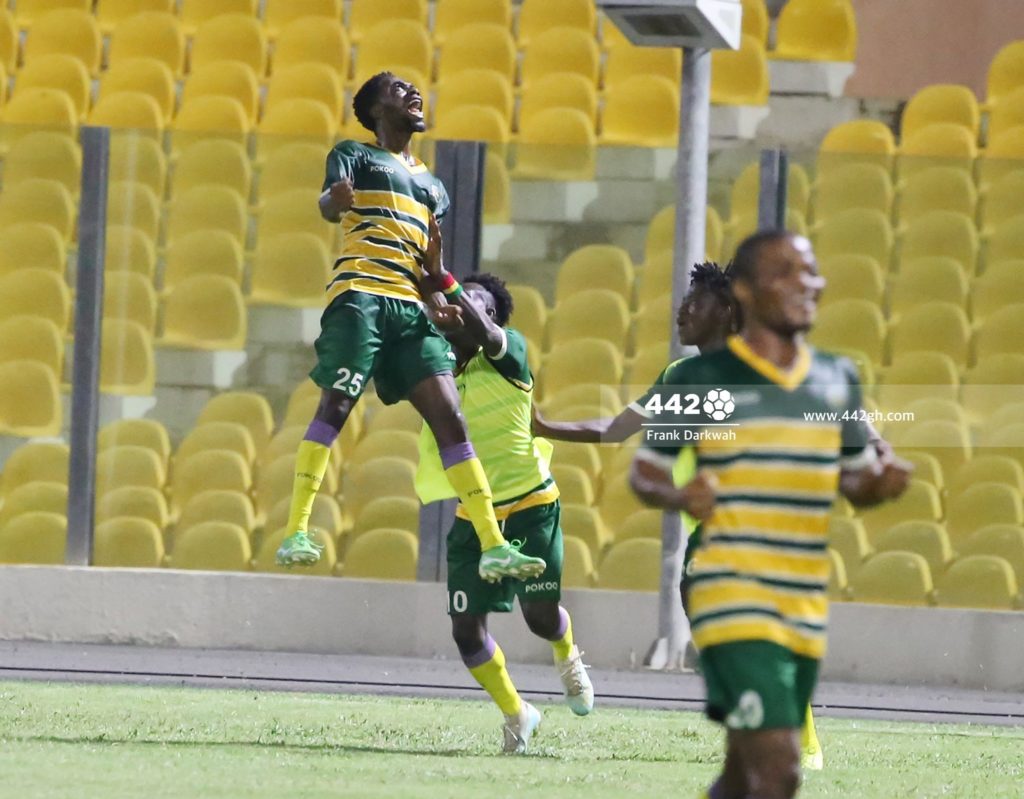 Benjamin Acquah's first half brace helped Ebusua Dwarfs to their first win on the road in the 2020/21 Ghana Premier League on Friday night with victory over Legon Cities.

Acquah scored twice before the half hour mark, but Legon Cities pulled one back right at the stroke of half time through defender Joseph Adjei.

The game started with high intensity as as the two teams were eager to break the deadlock, but it was the visitors who netted first through striker Benjamin Acquah after just 14 minutes.

Legon Cities struggled to contain the Crabs and just at the half hour mark, Acquah netted his second.

But Legon Cities were awarded a penalty at the stroke of half time which was converted by former Ghana U-20 defender Joseph Adjei.

The hosts returned from the break more determined for an equalizer, and came close through Baba Mahama whose effort went straight into the hands of goalkeeper Yusuf Razak.

Despite the pressure from Cities in the second half they failed to take their chances leaving them to another defeat in the campaign.

The win lifts Dwarfs to six on the table with Legon Cities misery compounding as they fall deep into relegation dogfight.