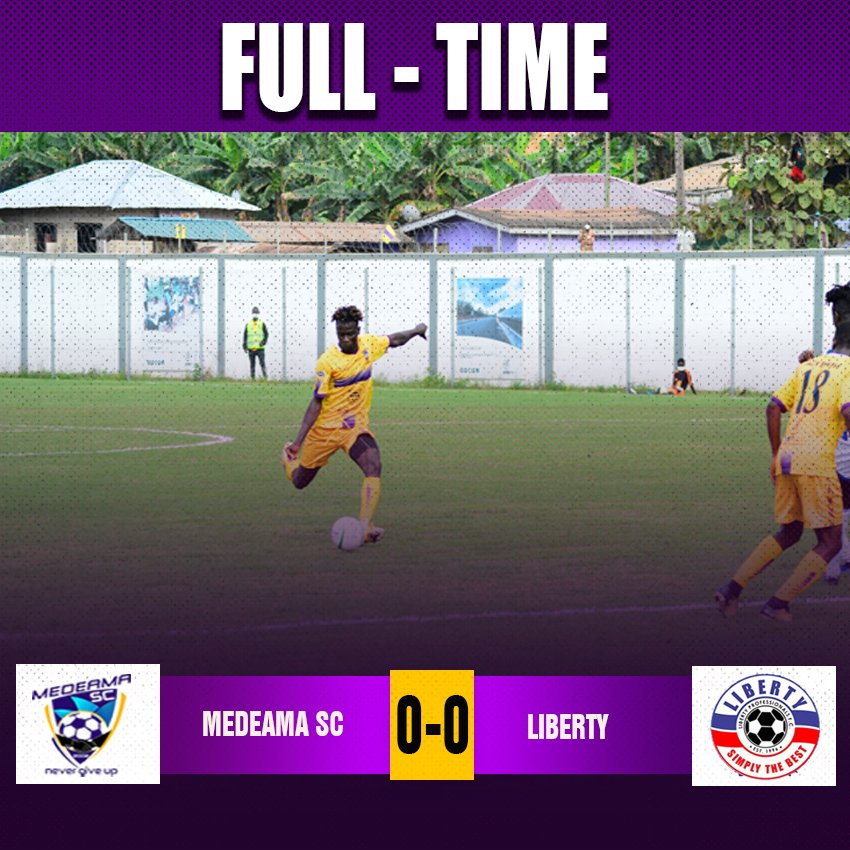 Liberty Professionals held Medeama SC to an enthralling 0-0 draw in Tarkwa on Sunday.

The visitors came into the game with a well rehearsed strategy and worked to perfection as they left Tarkwa with a point.

Liberty started brightly with an onslaught and nearly went in front after Godfred Atuahen was tucked in the penalty box.

Referee Musah Ali, who had a game to forget ruled Ali Ouattara's charge was not offensive enough.

The visitors had another penalty call in the first half but was rightly flagged out.

However the telepathy between the Medeama Medeama midfielders failed to click as they struggled to make home advantage count.

Liberty captain George Amoako was a delight to watch as he covered several grass at the Akoon Park.

Medeama winger Ebenezer Ackhabi has the best of chances but he ballooned the ball with just the goalkeeper at his mercy.

Medeama were unlucky as several chances were spurned by Patrick Yeboah, Justice Blay and Ebenezer Ackahbi.

The draw means the Mauve and Yellows are yet to win at home after two draws.

They were back on the road again as they drew goalless with Legon Cities before beating Ebusua Dwarfs last weekend.

Liberty came into the game on the back of a 2-0 win over Great Olympics at the Carl Reindforf Park.

Medeama needed to win badly to inspire confidence ahead of their outstanding match against Asante Kotoko on Sunday December 27.