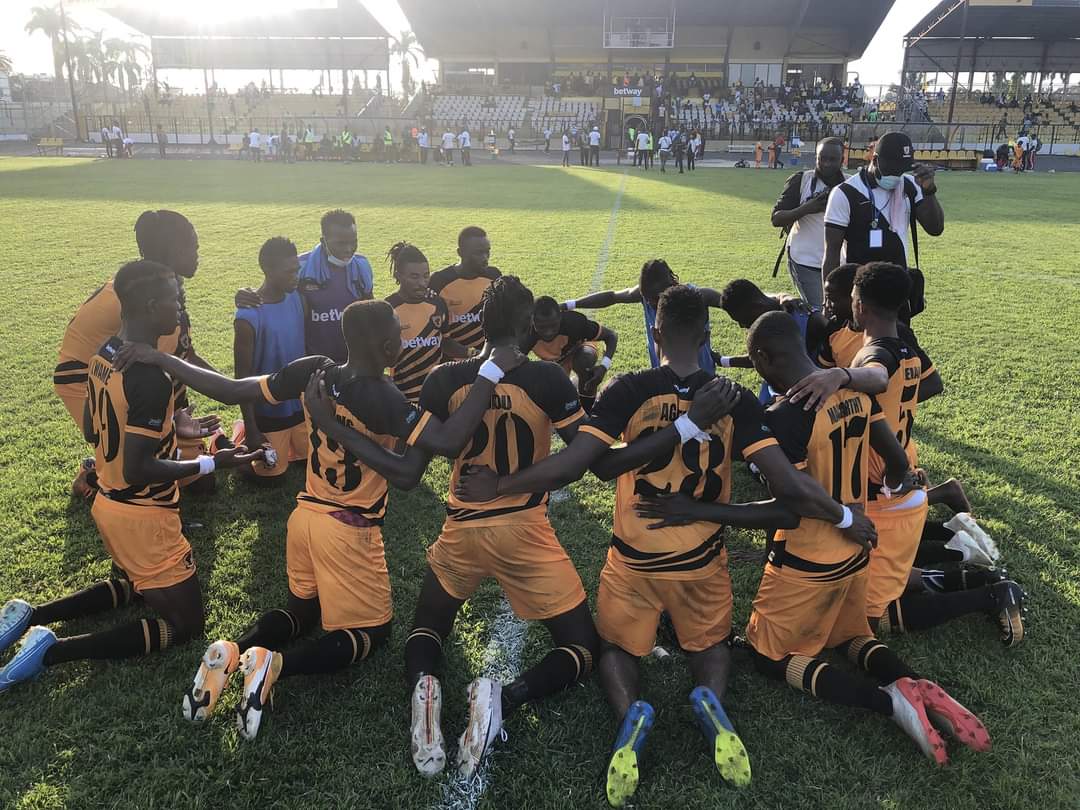 AshantiGold SC will be seeking for bounce back to winning ways in the Ghana Premier League when they lock horns with Berekum Chelsea on Sunday at the Len Clay Stadium.

The Miners tasted their very first defeat this campaign last weekend when they succumbed to Bechem United with a 1-0 loss.

Before then, they drew 1-1 with Eleven Wonders FC in Techiman

The Gold and Black outfit are the highest scoring side in the premiership this term with 14 goals with 11 of them coming at home.

Milovan Cirkovic would want to open 2021 with a victory over the Bibires on Sunday.

Hans Kwofie remains out with an injury with Dacosta Boadu also a doubt for this weekend's fixture after suffering an injury against last week.

Boadu was replaced just 10 minutes after kick-off against Bechem.

All other players are available for selection with the return of Kwadwo Amoako from suspension.

Berekum Chelsea are having a rollercoaster campaign so far as they have managed only one victory from the six matches ahead of their journey to Obuasi.

The Bibires have drawn three and lost two of the other matches as they currently sit at the 14th position with six points.

Chelsea make the trip to the Len Clay Stadium on Sunday with the memory of their last season's vital win over AshantiGold at same venue.

Striker Kofi Owusu pounced on a blunder by goalkeeper Frank Boateng to punish his former club.

The Blues are expected to welcome back Hamza Gonji in the match squad for Sunday's visit to the mining town. He missed the last game through suspension.