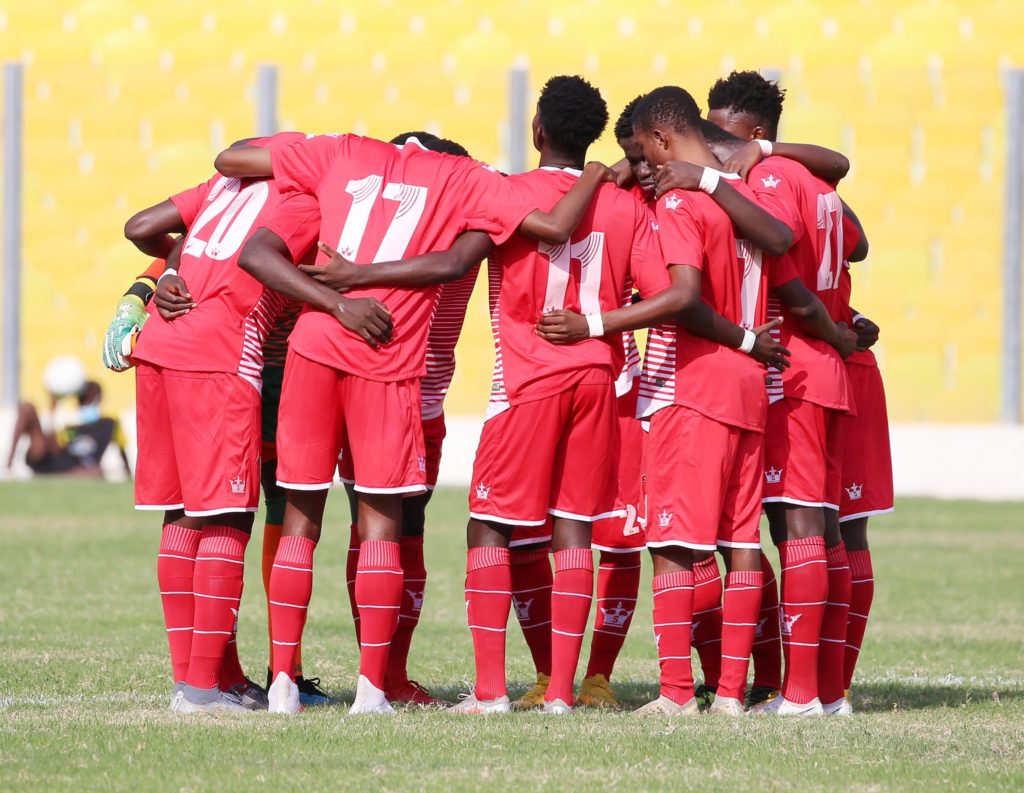 Both sides are in need of the points to stay afloat after unfavourably results.

The Academy Boys were at their best on the road- even hit the woodwork thrice-but tasted a 1-0 defeat at Great Olympics.

Dr Posper Narteh Ogum's side have won two and draw one of their three home matches and are favourites to better that record.

But their bane will be finishing. Strikers Daniel Agbloe, Godwin Agbevor and Augustine Boakye have squandered chances.

Medeama look shaky on the road and must dig deep to survive in Sogakope after unconvincing displays.

The Mauve and Yellows can take a leaf from their 1-0 win at Ebusua Dwarfs two weeks ago to ditch their hosts.

The absence of Prince Opoku Agyemang- on loan at PSL side Cape Town City FC- has really hurt their goal scoring prowess.

Last Sunday, they dominated the first half of their outstanding clash against Asante Kotoko but could not kill off their opponents in open play.

In the end, substitute Abass Mohammed converted a spot kick to earn a 1-1 draw.