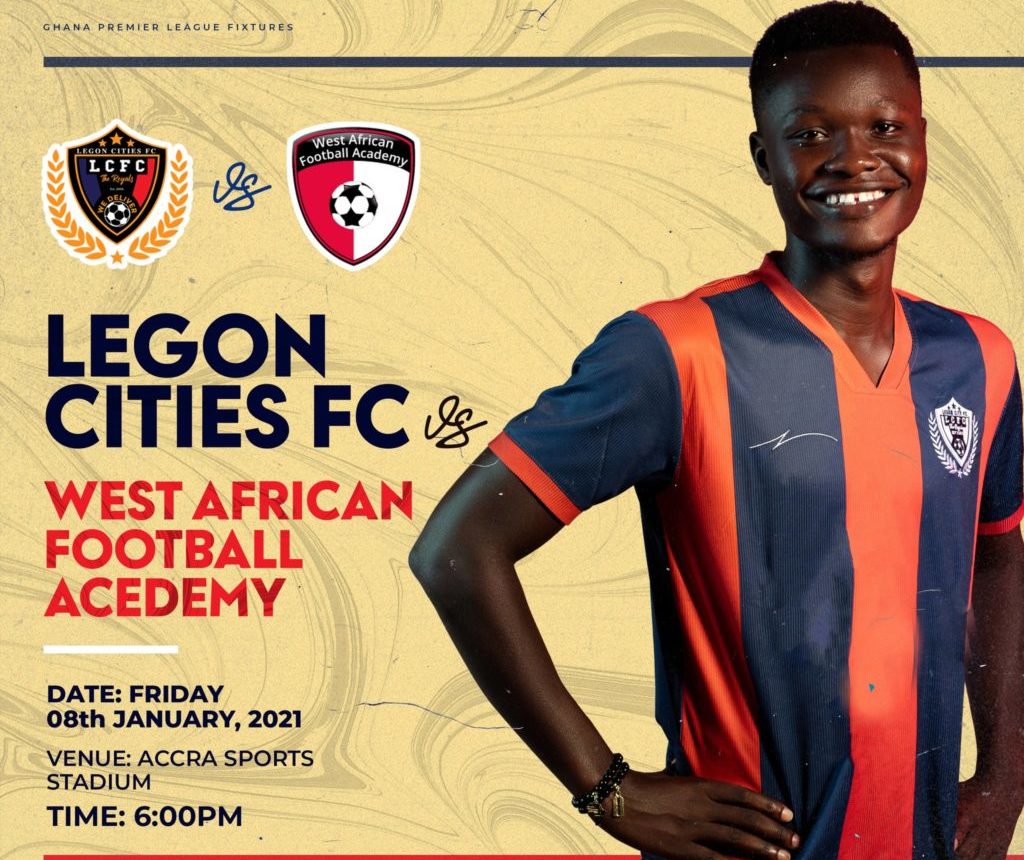 Relegation-threatened Legon Cities will host WAFA at the Accra Sports Stadium in this matchday eight fixture.

The game will be the first to see fans return to the match venues following the ban on fans attendance lifted by the government.

Ghanaian football fans were barred from attending match venues since March 2019 due to the outbreak of the coronavirus.

The 2020/21 Ghana Premier League has been played behind closed doors due to the COVID-19, but finally, about 25 per cent capacity will be allowed for the fans to watch the game starting on Friday in Legon Cities game against WAFA.

On the game against WAFA, Legon Cities are yet to record win a game in the ongoing campaign.

The Royals have already changed coaches but still results and performances have been poor.

The team have been on a losing streak with four defeats in a row in the ongoing Ghana Premier League.

Legon Cities have accumulated three points out of 21 points after seven games played in this season.

The Royals will be heading into the game with the return of Ghana's all time leading top scorer Asamoah Gyan who has been on the sidelines for close to a month due to injury.

Gyan has missed the last three games and is expected to play a part in today's game against WAFA.

Legon Cities face a WAFA side that defeated Medeama by five goals in their previous fixture at home.

Coach Bashiru Hayford and his players need a win badly to revive their league campaign.

Meanwhile WAFA, after securing a win against Medeama SC on matchday seven at home.

A win against Legon Cities will see the academy lads on top of the league table with 16 points.

Legon Cities have released ticket prices ahead of the game.

Its matchdayyyyyyyyyyy....We look forward to a great day of very exciting football against @WAFAcademySC pic.twitter.com/5ZrRCnzoXi