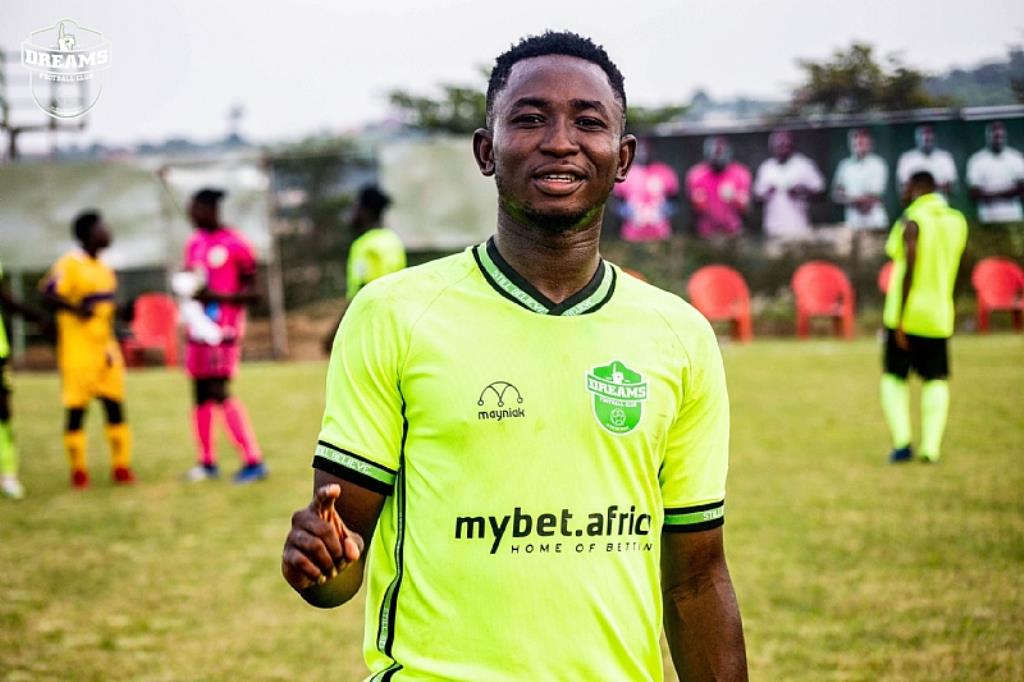 Two late second half goals by substitute forward Precious Boah in the Ghana Premier League Week 8 encounter against Ebusua Dwarfs was all Dreams FC needed to return to winning ways.

Despite having chunk share of possession in the opening half, Dreams FC were unable to make it count on the scoresheet as they were held to a goalless draw by a well-determined Dwarfs side.

Newly-appointed Serbian manager Vladislav Viric made a tactical change five minutes after the recess, bringing on Precious Boah in place of Agyenim Boateng-Mensah.

The tactical tweak improved Dreams FC especially at the final third of the pitch as they created several chances to go ahead.

Dwarfs as expected battled it out as they have done under Ernest Thompson Quartey in the ongoing campaign but were also lacking the cutting edge to break the deadlock.

In the 79th minute, Boah eluded his marker to sneak home the initiative for the hosts to send their sizable fans at Dawu Theatre of Dreams Park into frenzy mood.

The hosts didn’t sit back as they continued to attack for the insurance goal.

Dreams FC indeed got their wish on the 90th minute mark after Boah popped up again with another strike.

It is the first win in six attempts by the Still Believe Boys.

The victory takes them above Dwarfs to 14th on the log with 9 points.