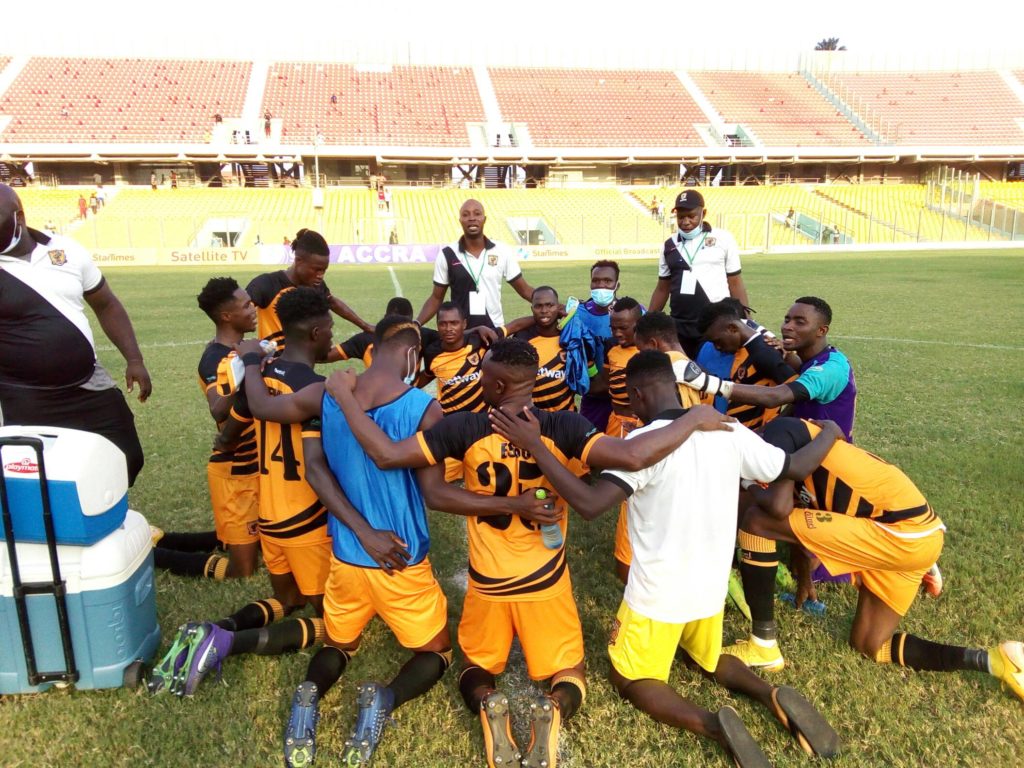 AshantiGold SC posted a 2-1 defeat on Great Olympics to record their first away victory in the Ghana Premier League this season at the Accra Sports Stadium on Sunday.

The Miners came from a goal down to clinch the vital win as they go top of the league standings with 15 points.

Olympics made one change to the squad from their 2-1 defeat to Aduana Stars last weekend in Dormaa Ahenkro.

Serbian tactician Milovan Cirkovic made three alterations to the AshantiGold starting lineup that came behind to beat Berekum Chelsea last week in Obuasi.

Felix Clottey was handed his debut as he replaced Burkina Faso import Mohammed Bailou between the sticks.

Olympics talisman Gladson Awako broke the game's duck in the 13th minute to put the hosts ahead with a brilliant strike from the edge of the box to beat goalkeeper Clottey.

AshantiGold drew level on the stroke of halftime with a fine finish from Amos Addai after receiving an excellent pass from youngster Isaac Opoku Agyemang.

The Miners got their noses in front just two minutes after recess through substitute Yaw Annor who replaced Addai after connecting another incisive pass from Opoku Agyemang.

AshantiGold will be tackling Medeama SC at the Len Clay Stadium in Obuasi next week on match day nine.

Olympics will also be taking on Inter Allies FC in a regional derby.