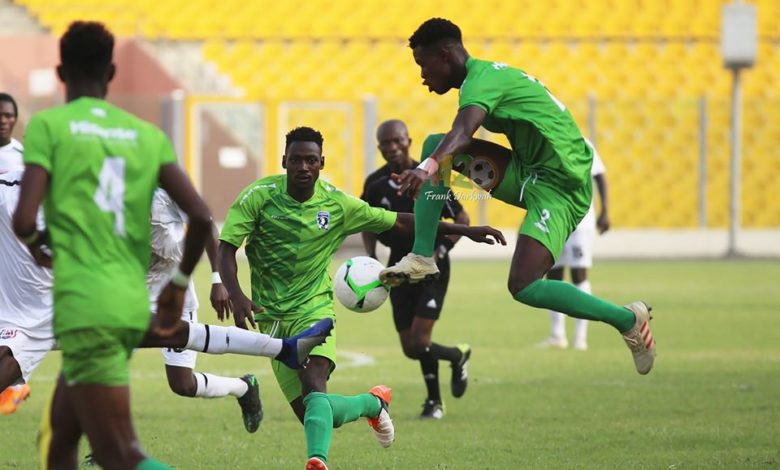 Bechem United will be hoping to keep their unbeaten record at home intact when they host Dreams FC on Sunday on matchday 9 of the Ghana Premier League.

The Hunters have dropped only two points at home this season, after their 1-1 draw over the weekend against King Faisal.

Dreams FC ended a run of five games without a win with a victory over Ebusua Dwarfs at the Dawu Theatre of Dreams.

Black Satellites forward Precious Boah netted twice in the victory over the Crabs boosting their confidence ahead of the trip to the Nana Gyeabour Park.

Bechem United seem to have been deflated by the 6-1 mauling by Hearts of Oak, as they struggled in that game against King Faisal.

Forward Prince Kwabena Adu and Hafiz Konkoni will have to rediscover their form for the clash against Dreams.

The last time the two sides met in the Ghana Premier League, the game ended in a goalless stalemate, but United last defeated Dreams 2-1 in April 2018.

Bechem United sit second on the league log after a good start to the season, but Dreams FC under a new technical head will be hoping to cause havoc.