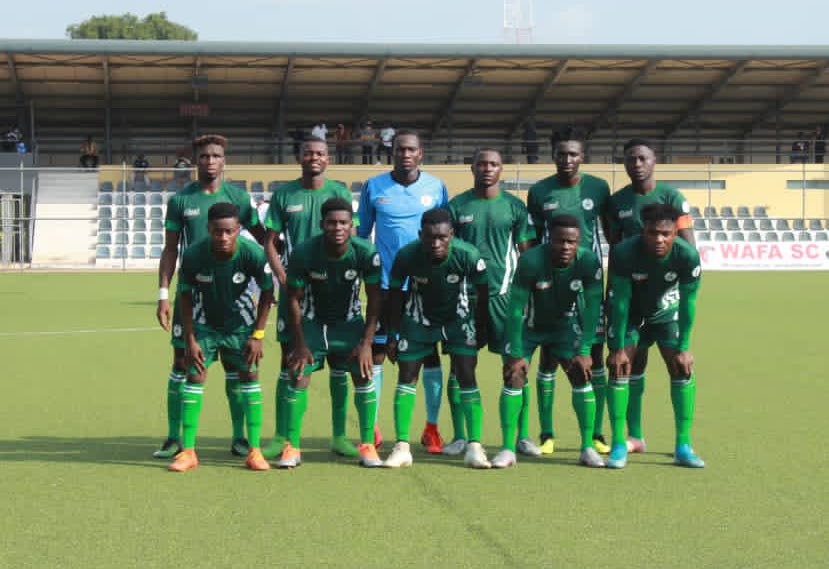 King Faisal host Elmina Sharks at the Ohene Ameyaw Park in this matchday nine fixture of the 2020/21 Ghana Premier League.

The Insha Allah boys lie bottom on the league table with six points after eight matches played in the ongoing season.

The Kumasi-based team earlier on this season dissolved their technical team after a series of defeats in a row.

President of the club, Alhaji Grunsah says the team must work on its goal-scoring problem which can help turn their season around if it's solved.

“My players are not disappointing, they are doing their best,” the experienced football administrator said.

Alhaji Grusah continued, “The little problem is their goal scoring and they’re working on that but let’s not forget most goals scored needs the direction of Allah.

“We are hoping for the best and praying luck turns to our side. But the boys are doing very well”.

King Faisal is among the best scoring sides in the league with nine goals despite bottom on the league table.

Elmina Sharks were held to a 1-1 draw at home by Hearts of Oak in their matchday eight fixture.

Sharks have managed to pick just a point in their away games played this season.

King Faisal will hope to use the home advantage and record a win against the Cape Coast-based side in this encounter.