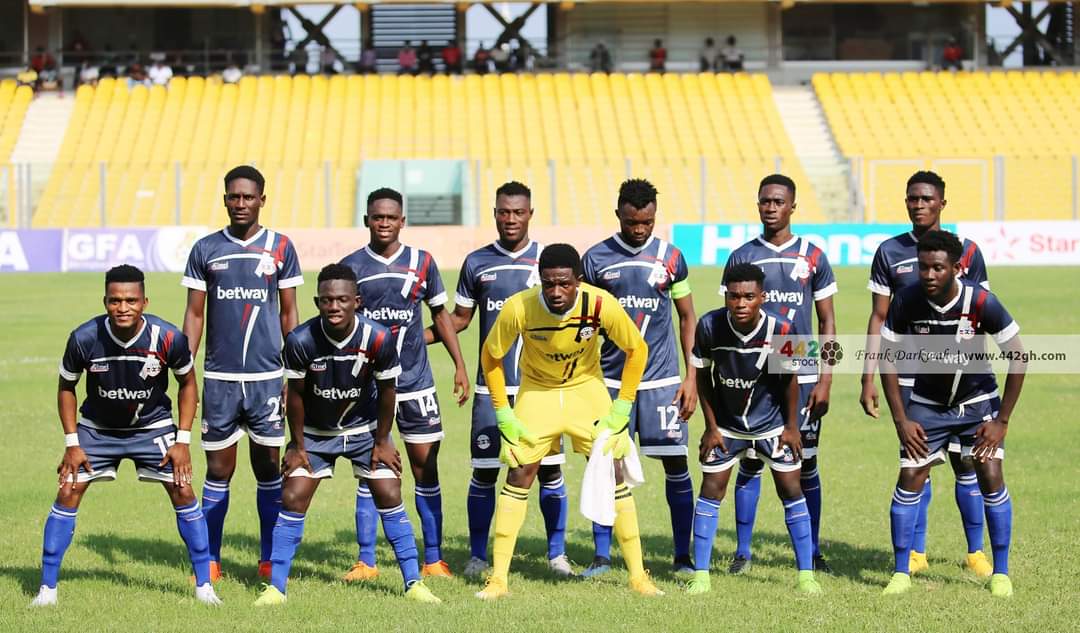 Liberty Professionals will be back at home to host Ebusua Dwarfs in the Ghana Premier League match day nine on Saturday at the Carl Reindorf Park in Dansoman.

The Scientific Soccer Lads aim at preserving their home undefeated form after two wins and two draws from four matches.

Liberty are going into the game on the back of a 2-0 defeat to Asante Kotoko last Monday at the Accra Sports Stadium.

The David Ocloo led team are currently sitting at the 11th position on the premiership standings with 10 points from 8 fixtures.

Liberty captain George Amoako has been linked with a move to US Tataouine in Tunisia and is likely to miss Saturday's encounter against the Crabs.

Forward Emmanuel Paga has returned to full fitness and could be making an appearance in the game if selected by coach.

Ebusua Dwarfs have not been bad on the road in the premiership this season as they have lost two times, drawn one and won once out of their four away matches.

They are unbeaten in the last two away fixtures with a 2-1 win over Legon Cities and a 1-1 draw with Great Olympics all in the capital.

The "Idekay Idepanday" outfit are travelling to Dansoman in the capital with the intentions of bettering their performance at away with at least draw against Liberty.

Midfielder Benjamin Acquah has been the best player for Ebusua Dwarfs this campaign having emerged man of the match on three occasions.

Two of the man of the match performances came when the Mysterious club visited Cities and Dreams FC.

Head coach Ernest Thompson Quartey has a full squad available to select from for Saturday's fixture.