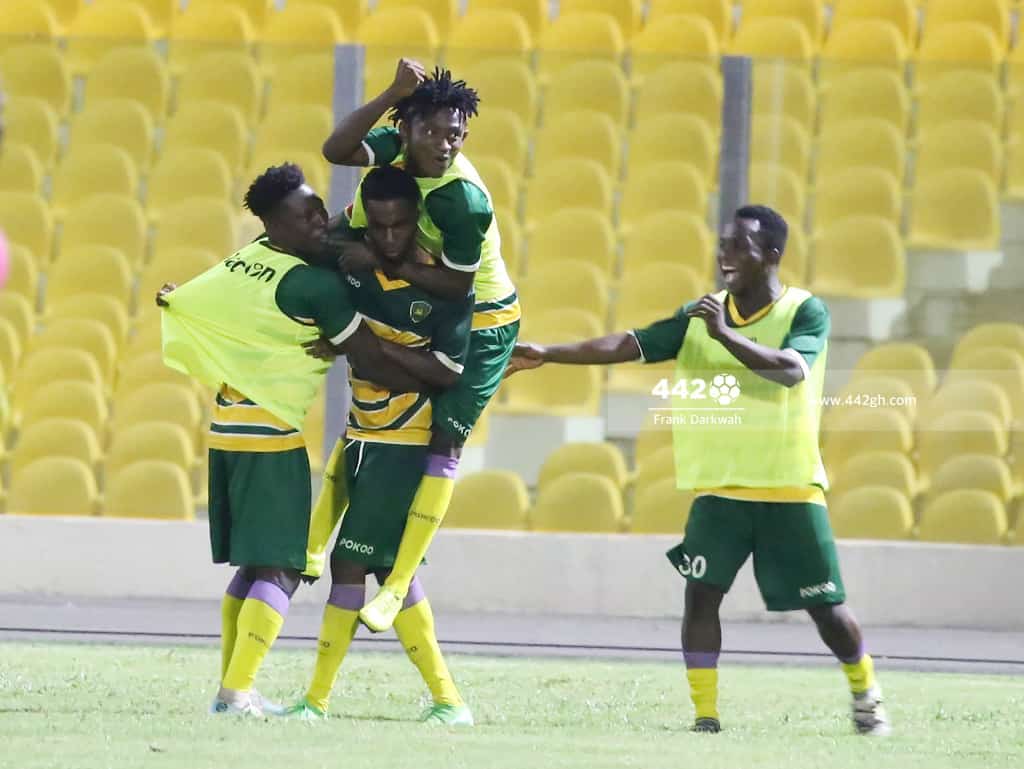 Liberty Professionals suffered their very first home defeat of the season on Saturday as they succumbed to Ebusua Dwarfs with a 2-1 scoreline in the Ghana Premier League.

The Dansoman based side couldn't hold to an early lead at the Karl Reindorf Park as Dwarfs come behind to record a second away win this term.

The visitors ended the game with 10 men after Simon Martey was shown the red card in the 74th minute.

David Ocloo altered his squad with two changes in the starting lineup that suffered a 2-0 defeat in the hands of Asante Kotoko SC last Monday at the Accra Sports Stadium.

The Scientific Soccer Lads missed the services of skipper George Amoako who is close to sealing a move to US Tataouine in Tunisia.

Dwarfs trainer Ernest Thompson Quartey made just one change to his starting lineup that lost 2-0 to Dreams FC in the last round.

Defender Emmanuel Anaful paved way for Prince Kpodo who made his 3rd appearance for the Crabs this season.

Liberty opened the scoring in the 16th minute through Abraham Wayo who made no mistake from the spot to register his 3rd of the season.

Dwarfs clinched the winner in the 83th minute with a goal from Sumaila Moro as they record second away victory of the season.

Liberty will make a short trip to Dawu to face Dreams FC in match day ten.

The Idekay Idepandey will taking on Asante Kotoko SC on Wednesday in their rescheduled fixture at the Cape Coast Stadium.