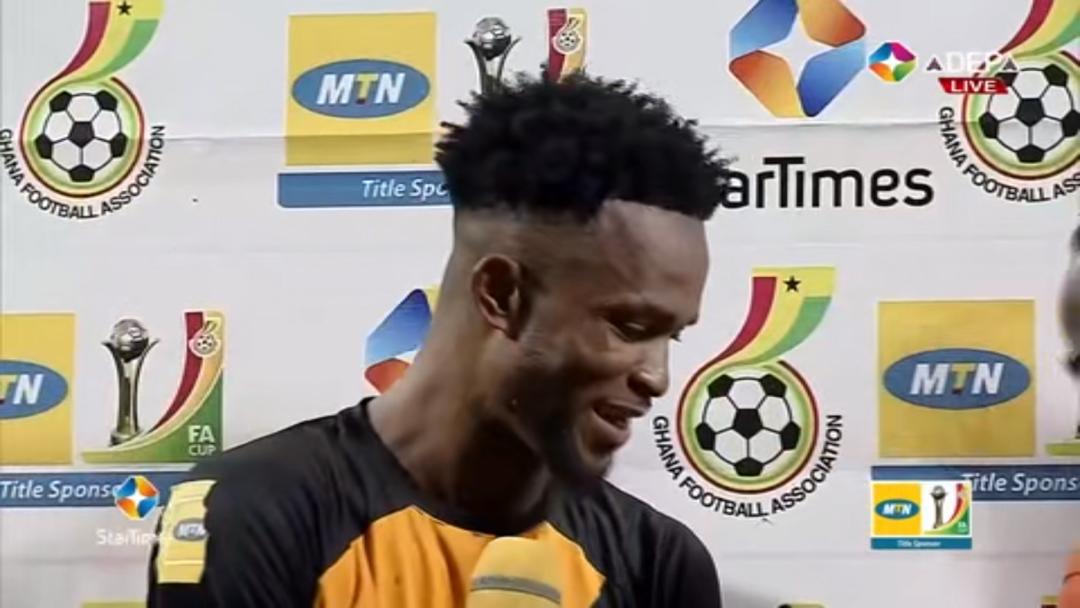 AshantiGold captain Richard Osei Agyemang was named Most Valuable Player in the final of the 2020/21 MTN Ghana FA Cup on Sunday despite his side's defeat on penalties.

The centre back put up a solid display to stop the marauding Hearts of Oak attack and was one of the reason behind the barren scoreline after extra-time.

His produced the steel tackles and shored up the backline alongside Empem Dacosta.

Agyemang scored during the penalty shootout as his side suffered an 8-7 reverse to the Phobians at the Accra Sports Stadium.

AshGold goalkeeper Kofi Mensah missed his spot kick during sudden death after his opposite number Richard Attah had scored to hand the trophy to Hearts.