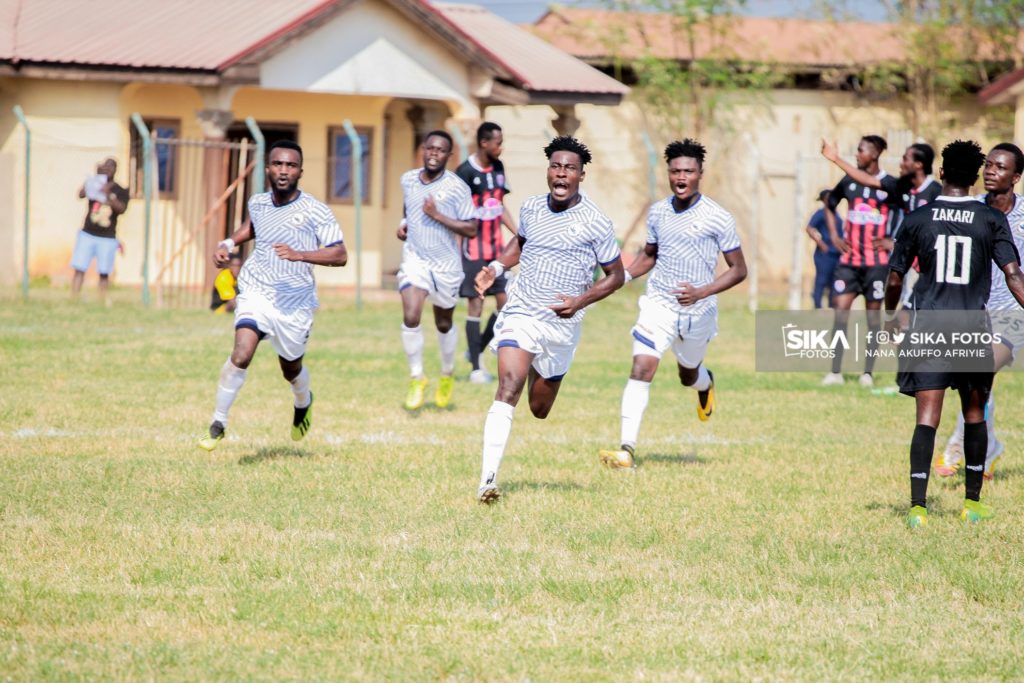 Berekum Chelsea put up a brave fight to oust Asante Kotoko from the MTN Ghana FA Cup after a 5-4 penalty shootout in Obuasi on Sunday, 25 July 2021 to reach the semi-final stage.

The two sides played out a 0-0 draw after extra-time at the Len Clay Sports Stadium in Obuasi.

Defender Wahab Adams missed the fourth spot-kick and it was Chelsea's Stephen Amankona who converted the winning spot-kick.

Asante Kotoko had a better first half and maybe should have found the back of the net twice.

Also in the first half, captain Edward Kpodo launched a powerful drive from distance after winning a ball from the touchline but his effort took a deflection and went out for a corner-kick.

Ten minutes before the break, the Porcupine Warriors were handed an opportunity to take the lead from the spot.

But Fabio Gama, the Brazilian, failed to score from 12 yards.

In the second half, Kotoko had the upper hand and were in control of the match.

Solomon Sarfo Taylor made an attempt to strike from distance but goalkeeper Ernest Sowah was at hand to pick it up.

Before the hour mark, Berekum Chelsea threatened Kotoko's rear when substitute Stephen Sarfo beautifully controlled a long pass from the left side.

However, Sarfo's decision to let fly a cross was too high and over hit.

Kotoko hit the side post from a melee after Chelsea failed to defend a corner kick.

Chances were few and scarce for the team in 90 minutes so the match had to travel into extra-time.

To end the first 15 minutes, Kotoko were awarded a free-kick close to the box but Patrick Asmah's bend on the kick was too wide.

Then during the shootout, the former league champions converted all spot kicks to join Hearts of Oak, Medeama and AshantiGold in the last four of the competition.

The winner of the MTN FA Cup will represent Ghana in the 2021/22 CAF Confederation Cup.