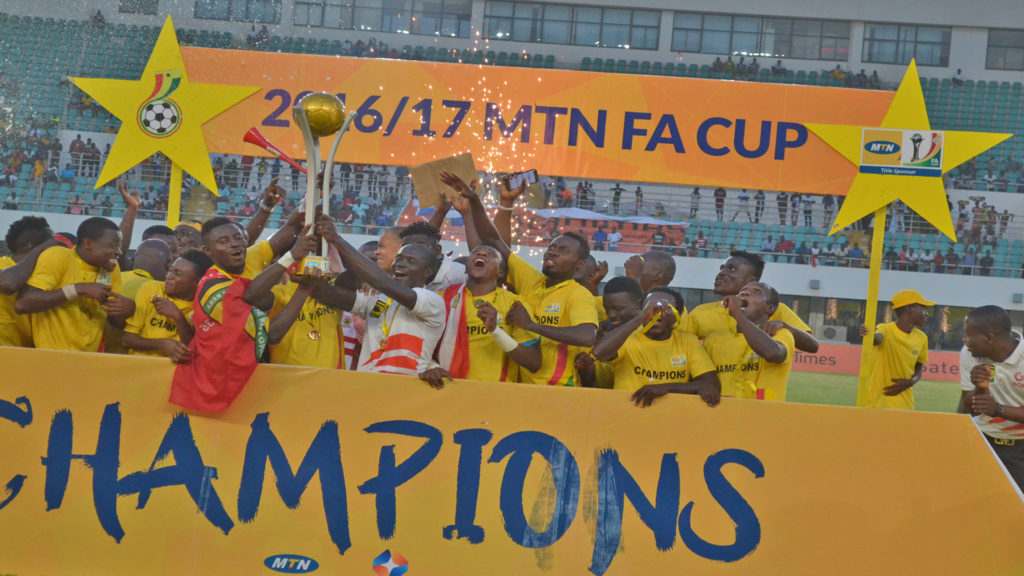 The MTN FA Cup is set to being in January 2021 after the Ghana Football Association announced the start of competitive football from November.

Football in the country has been on a six month break following the outbreak of the coronavirus.

But on Sunday, the President of Ghana, Nana Akufo Addo announced the lifting of restrictions on contact sports including football.

The FA released a schedule for the return of the Ghana Premier League in November, the Division One in December and the Women's league and the FA Cup commencing in January.

The Cup competition will be played across all divisions from January.

Clubs have now been given the green light to start preseason with the league expected to start on November 13.

Asante Kotoko are holders of the title after beating fierce Hearts of Oak in the 2016/17 finals in Tamale.