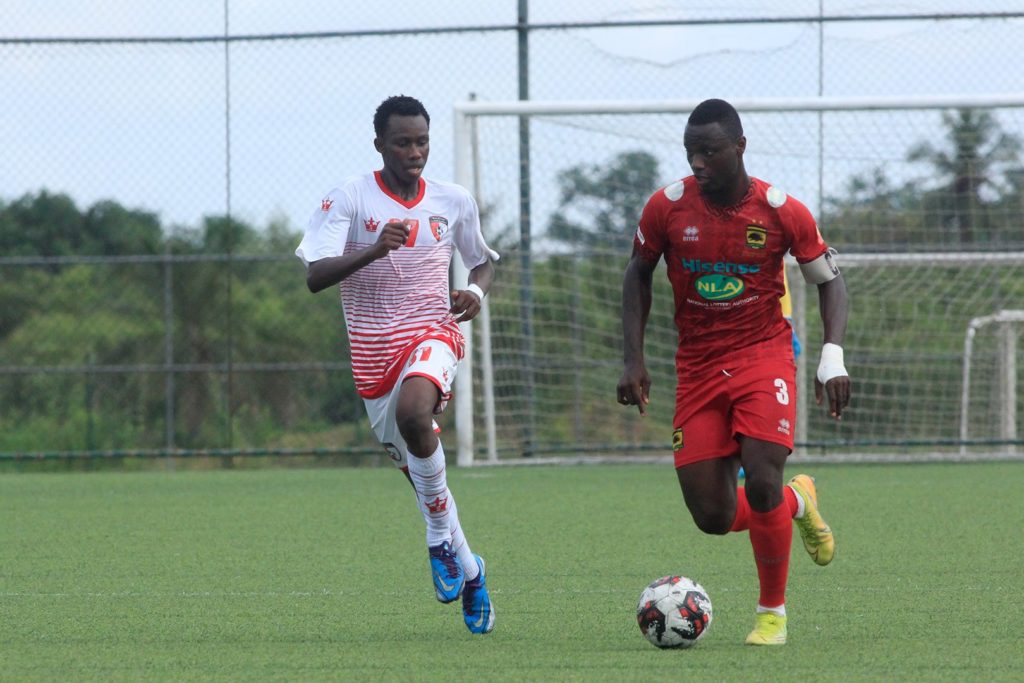 Cameroonian forward Frank Mbella Etouga was the hero for Asante Kotoko as his second half strike secured victory for the Porcupine Warriors and ended their two game winless run.

The striker finished off brilliantly in the 64th minute to break the game's deadlock after a dominant second half display by the league leaders.

WAFA came close to netting the opener after Kotoko goalie Danlad Ibrahim misjudged a back pass, but Emmanuel Agyemang failed to convert the chance.

Brazilian midfielder Fabio Gama produced a delightful pass for Mbella, who had the goalkeeper to beat but the referee flagged him for being in an offside position.

With just three minutes to half time, Emmanuel Agyemang saw his freekick hit the crossbar.

But the Reds returned from the break determined as they created chances with Stephen Amankona and Mbella coming close.

WAFA had a glorious opportunity before the hour mark but could not make it count.

Four minutes later Frank Mbella broke the deadlock with a beautiful finish to give the visitors the lead.

Danlad Ibrahim was forced into a double save by the Academy Boys.

Mbella had to make way for Samuel Boateng in injury time as the Reds held on to return to winning ways.