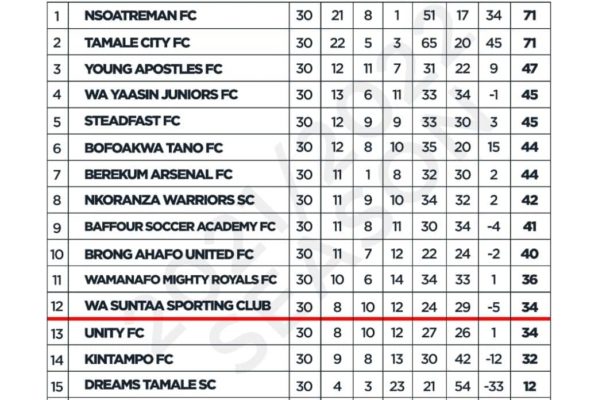 The 2021/22 National Division One League ended successfully with Nsoatreman FC topping the Zone nd qualifying for the 2022/23 Ghana Premier League. The Nsoatre based club defeated Tamale City FC 2-1 in a play off after both clubs amassed the same number of points at the end of the season.

Four Clubs, namely, Dreams Tamale SC, Kintampo FC , Unity FC and Bolga All Stars have been relegated to the third tier after finishing in 13th, 14th, 15th and 16th places in the table respectively.

The number of relegated clubs increased from three to four because Techiman Eleven Wonders have been relegated from the Premier League and would play in Zone One next season.

Find the final table below: 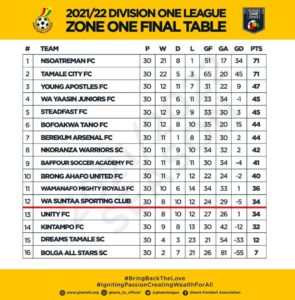