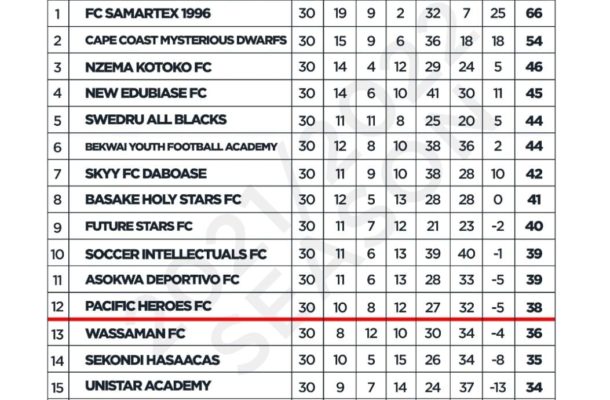 The 2021/22 National Division One League ended successfully with Samartex 1996 topping Zone Two and qualifying for the 2022/23 Ghana Premier League.

The Sameraboi based club qualified at the expense of giants Cape Coast Mysterious Ebusua Dwarfs and New Edubiase United to make a remarkable entry into the elite League as they amassed 66 points after 30 League matches to win the Zone.

The number of relegated clubs increased from three to four because Elmina Sharks got relegated from the Premier League and would play in Zone Two next season.