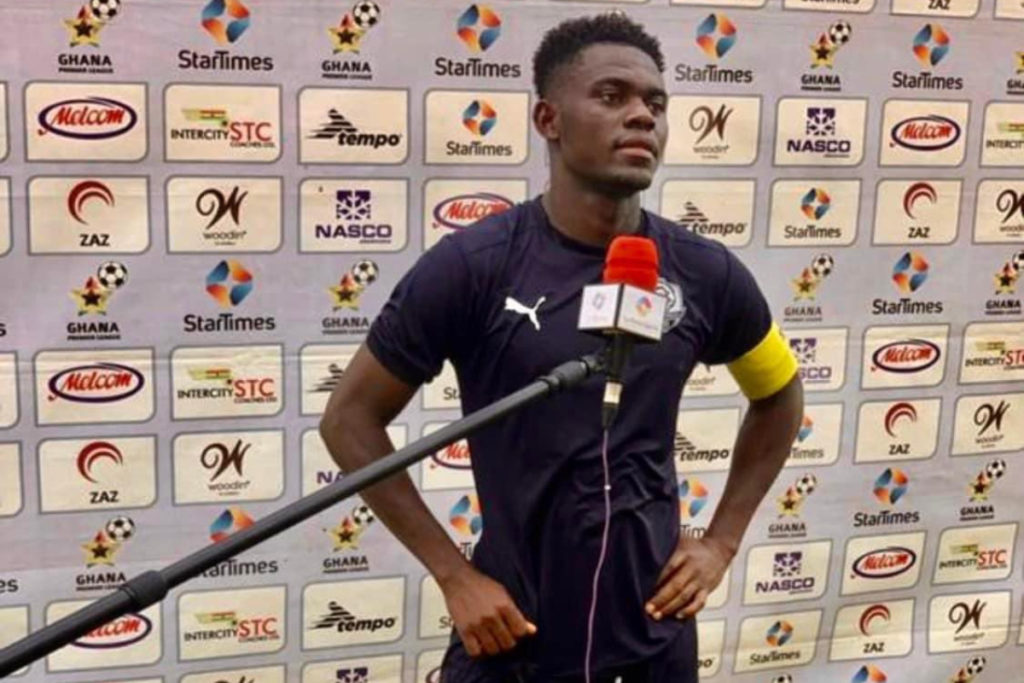 Accra Lion captain Dominic Nsobila has been named Man of the Match in the Ghana Premier League game against Legon Cities.

The midfielder was in outstanding form as the newcomers defeated their much-fancied opponents at the Accra Sports stadium on Monday.

Nsobila was exciting to watch as he elegantly controlled the pace of the game and his ability to calm nerves was impeccable.

The fans roared anytime he was on the ball, providing a spectacle that left Accra Lions supporters delighted.

Nsobila has now won the man of the match award for the third time this season.

Accra Lions next travel to Sogakope to play strugglers WAFA on matchday 29 of the Ghana Premier League.