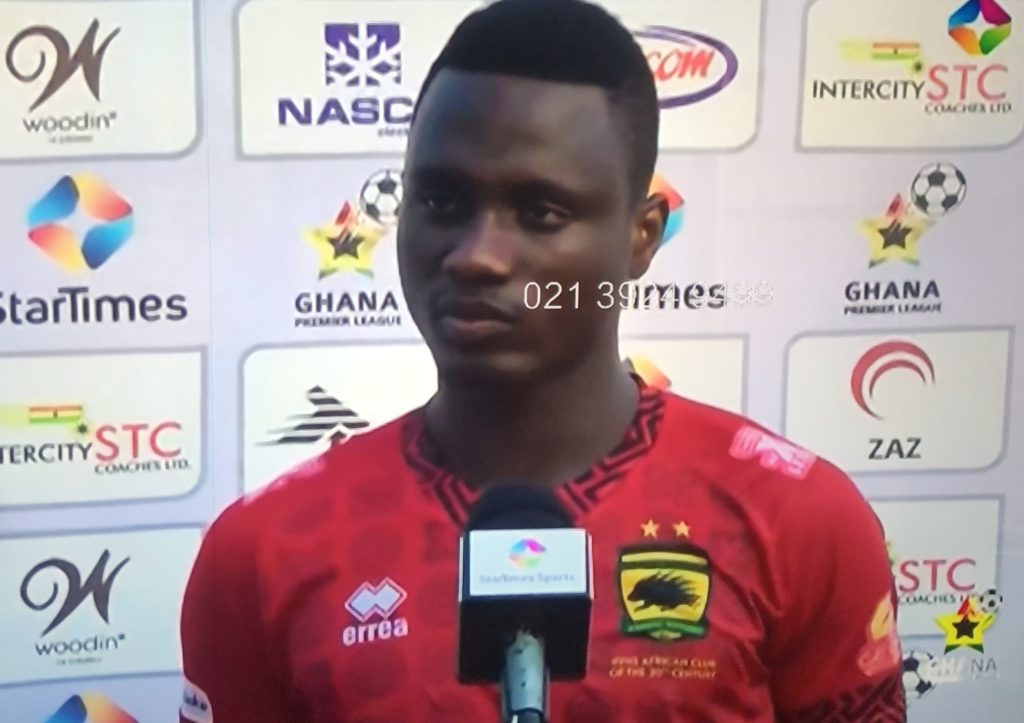 Asante Kotoko midfielder Mudasiru Salifu was adjudged man of the match in his team's win against Aduana Stars in matchday 11 fixture of the Ghana Premier League.

Mudasiru was impressive in the middle of the park together with Richmond Lamptey and Richard Boadu as they teamed up to help the Porcupine Warriors record their first away win at the Nana Agyeman Badu park.

Speaking to StarTimes after the game, the combative midfielder indicated the team wanted to win to appease their fans after exiting the MTN FA Cup in mid-week.

"We knew we were going to win the game. After losing to King Faisal in the MTN FA Cup we wanted to appease our fans with a victory against Aduana Stars".

He added: "We are definitely going to win the game this season".